August 2, 2022 By paulosophia in Uncategorized

News of overturning of Roe v Wade brought abortion rights into question, and questions about understanding abortion debate, US abortion laws, pro choice vs pro life tension, and even the return of abortion protest. Though Trump news is on the wane, he did play a part in where we are today, and Biden abortion comments leave many in the pro choice camp hopeful.

What is the USA? 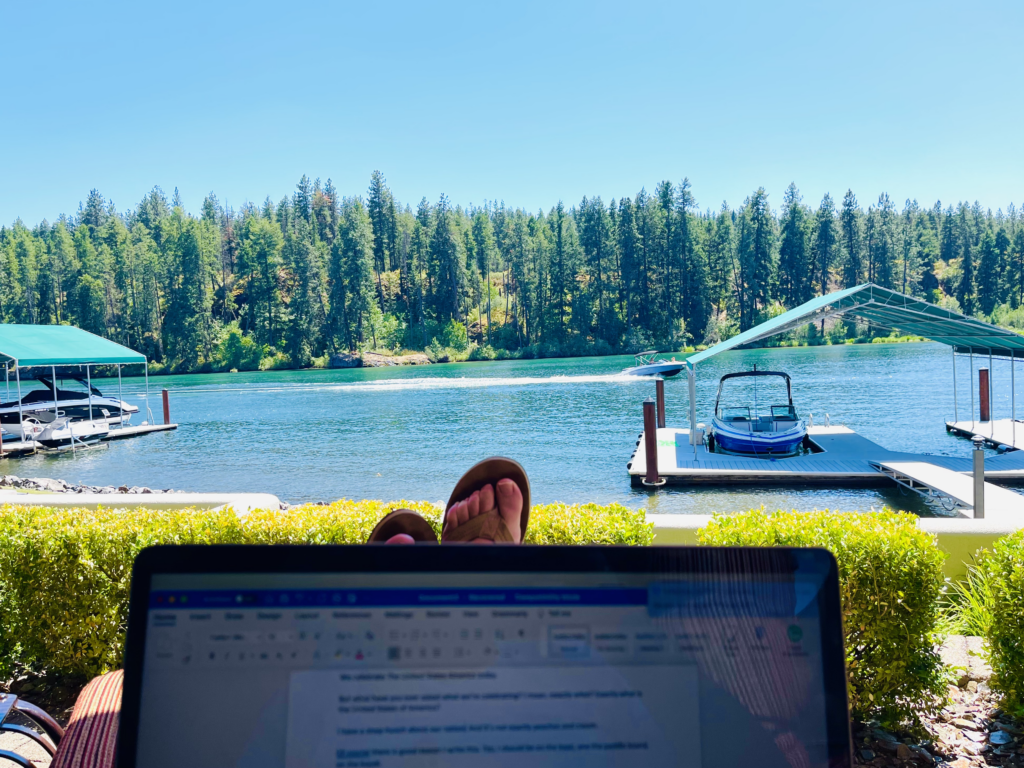 Millions celebrate the USA today. And, yes, I should, I suppose, be on the boat, or the wakeboard, or the paddleboard, or the kayak. Like everyone else, here in flawless Coeur D’Alene, Idaho, where it’s a dry ninety degrees, the water as transparent as glass.

I sit here instead. For now at least. On a patio chair, enviously listening to the sounds of boats and laughing, watching everyone frolic in the warm sun.

Have you ever taken a step back, ask what we celebrate on July 4th? I mean, of course, we celebrate the “birth of a nation.” But precisely what is the nation?

What is the USA?

Because when I was a kid, on Independence Day, everyone seemed to be on the same page. Like other national holidays like Memorial Day or Veteran’s Day or New Year’s Day — or even on a birthday or wedding anniversary — never debate about what you were celebrating.

Millions celebrate the USA today. And they ain’t celebrating the same thing.

In fact, tens of millions seem to be celebrating very different countries.

On the political left, a celebration of diversity. Not just celebration, pride in diversity. Giddiness. Glee. Jump up and down and scream hullaballoo.

To the question, What is the USA? the far left, its core — American means not just diversity, but a celebration of it.

What is the USA to the far right? Most certainly equal Independence Day celebration. Parties and trucks with flags — lots of flags. Lots said about patriotism. Songs and memes about being proud to be American. Most certainly pride in “America.” But not so much pride in diversity.

Perhaps even fear of that diversity.

What is the USA? This is not a political question; today, it’s a question with no easy answer.

Troublemakers, Juneteenth, Trauma: A Letter to my Staff.

Audacious goals. Some call them North Stars. Regardless, for centuries, men and women have committed themselves to radical visions — reform and change and revolution that seemed impossible to the masses.

The greatest exemplar was Jesus.

As one studies any movement, the people behind the movement must be considered — the organizers and idealists and troublemakers who were crazy enough to lead and join and work and believe that transformation was possible and that their persistence could bring it about.

I think of our audacious goal at For The Children, our North Star: An end to family-induced childhood trauma and eradication of the cycle of neglect, abuse, and abandonment.

I mean like, who do we think we are?

Answer? — we are no different from those organizers and idealists and troublemakers. We really aren’t.

Saint Francis and Martin Luther and Florence Nightingale and William Wilberforce and Harriet Tubman and the thousands that worked alongside them, and now…

From Thursday’s article by NPR: “At the age of 89, Lee decided her new life mission was much like that of Granger: ‘I knew I just had to spread the word about Juneteenth to everybody.’ The best way to do that, she figured, was to help get Juneteenth accepted as a national holiday.”

Eighty-nine! And today the entire world is learning a new word, Juneteenth, and the meaning behind it. (And millions get a day off work. 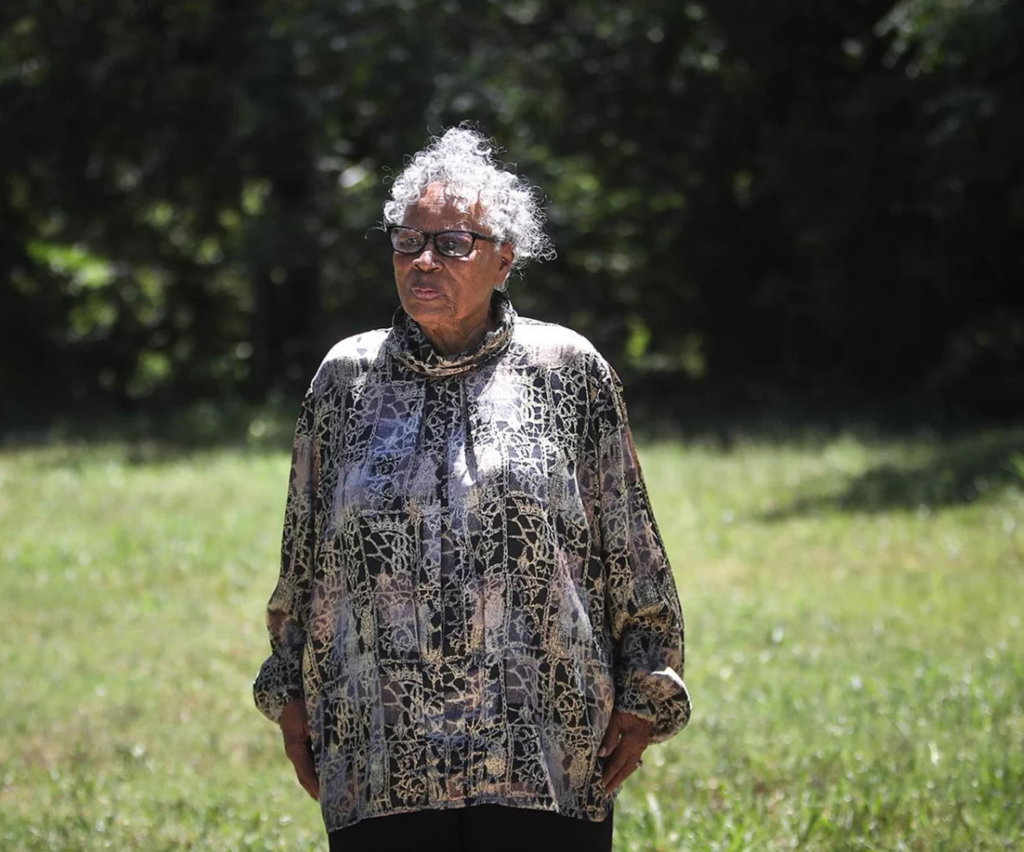 As followers of Jesus, we follow the most extraordinary lineage in the history of mankind. He spawned a movement, an audacious one, turning “reality” on its head — a message of the last being the first, the poor being rich, the weak being strong, the losers being winners, the outcasts being those he chose first.

An end to family-induced childhood trauma — what could be more of an audacious, and possible, goal?

Last thing. The reason I chose Judith Herman: she was one of these pioneers, audacious, working for decades to advocate for the reality of trauma, PTSD, against the powers that held to the mind-over-matter canard. But Herman was unrelenting. Trauma and Recovery might be a bit dense. But it is the single greatest work that paved the way for doctors, academics, and organizations like ours to treat and heal victims. The New York Times called the book, “One of the most important psychiatric works to be published since Freud.”

I look forward to reading with you and understanding the core of what our children face.

Happy Juneteenth, and we can do this…

Are you a hack-of-all-trades, too?

Jack-of-all-trades. Hack-of-all-Trades. That me, if you want to know the truth.

For no other reason than nine lives lore, I can find myself wishing to be a cat. Why? How else to pursue the nagging passions?

In trying to cram them into this one, earthly, life, like today I’m  Paul-the-photographer, the result is the quintessential jack of all trades, master of none.

Nine lives Paul, no doubt, would be posting today of the limitations of having only nine lives.

If I had to choose today? Most likely:

#1 Photographer: more of humanity than nature, in the Annie Leibovitz realm.

#2 Revolutionary: Going all-in like  Jesus (more than anyone else) and MLK and Gandhi and Bob Dylan and Harriet Tubman and Wittgenstein and Saint Francis and Bonhoeffer and Luther and Céaser Chávez.  (Please visit forthechildren.org to sign the pledge and help me on this one.)

#4 Philosopher: In the spirit of Aristotle. My BA and MA helped greatly, but only almost scratched the surface of understanding metaphysics, epistemology, logic, aesthetics, ethics.

#5 Geologist: I know almost nothing about how the earth is composed nor how plate tectonics work, and that bugs me.

#6 Gypsy: A full-time observer. And truth-teller, no matter the cost. Just to travel to and from, to lick the globe, minus the encumbrances of money, schedules, social pressures to be “responsible.”

#7 Cook: Not a chef — a farmer who spends as much time attending to the ingredients (soil, sun, water, freshness) as much as the cooking part.

#8 Historian: Not sure which era nor region. Eighty-one lives wouldn’t be enough to satisfy my craving to learn about all those people from all those places during all those times.

Are you a hack-of-all-trades, too?

Those Moments Which Murdered my God

“Those moments which murdered my God…”

On that September morning, I walked the Krakow cobblestone streets in near-freezing air at 5:30 a.m. to grab a bus to Auschwitz. I had pulled an all-nighter but not by choice.

The reality of visiting that infamous “there.”

I don’t remember the ride but I arrived. The tour guide, a blonde woman in her 50s — speaking perfect English with a thick Polish accent, languid in reciting the blisteringly-morbid data to a dozen tourists who wouldn’t dare utter a word.

I had read the books, watched the documentaries, ingested every frame of Schindler’s list, countless times. But there is something about a place.

As the helpless prisoners arrived, young children, the elderly, and those with illnesses were separated. A guard would point to the left or the right. One direction meant to the “showers,” which pumped deadly Zyklon-B poison gas into the chambers.

I kept my mouth open for hours — a dropped jaw allowed me to cry and breathe, simultaneously, as my nose was plugged. There was something about the ground: the dirt, the cement, the grass, whether inside the gas chamber, along with one of the roads, in the disgusting barracks — “they walked in this ground.” 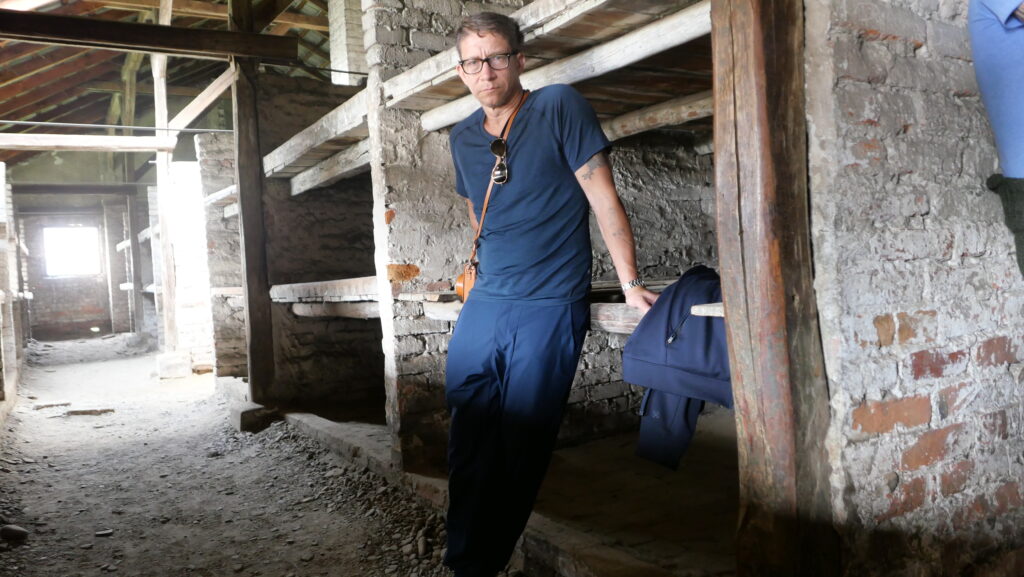 I should have remembered but I hadn’t — these camps had but one purpose: extermination. If you weren’t shot or gassed it was only so you could work…to keep the killing factory functioning.

The stories of torture, disease, filth, “surgeries” — you can google those if you’d like. I don’t have the stomach right now to repeat them.

A wave of anger — one that I had never felt before, and haven’t felt since —  began to arise. The Final Solution — the command to exterminate — was announced on January 20, 1942. Why this anger? Because for nearly 20 years, millions sat silent. Christians. Pastors. Everyday citizens. Sat silent as Hitler attacked the free press,  institutions of power, foreigners. Dark-skinned people (he ended up murdering millions of them) — all in the name of making German great.

But Bonhoeffer did. The Lutheran pastor was called “divisive” and “political” for standing against the hatred. He paid the ultimate price at Flossenburg.

The words of Elie Wiesel rang through my crazed mind:

“We must take sides. Neutrality helps the oppressor, never the victim. Silence encourages the tormentor, never the tormented. Sometimes we must interfere. When human lives are endangered, when human dignity is in jeopardy, national borders and sensitivities become irrelevant. Wherever men and women are persecuted because of their race, religion, or political views, that place must – at that moment – become the center of the universe.”

Today is Holocaust Remembrance day — I will never forget, either. I hope none of us do.