I Make New Year’s Resolutions. Plural. You Should Too.

January 1, 2023 By paulosophia in Uncategorized Tags: my life, selfcare 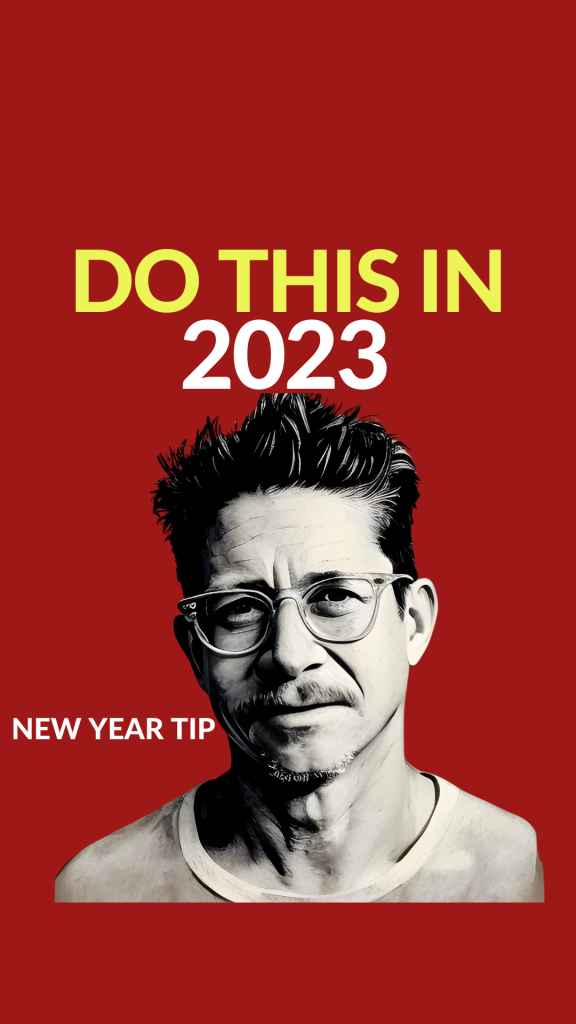 The more resolutions you have, the better the chance of achieving one or two or more of them. You improve your odds of getting something done, learning something new.

Sometimes you end up planting a seed in your mind by failing at a resolution. That year, in 2016, Resolution #18 was “Begin video posts even though I don’t have the technology to make them professional.”  Nothing much happened. But seven years later — this year — voila!

This year I’m committing to just one. I guess you could say it’s two, but they are opposite sides of the same coin.

It’s about going deeper as a human. That’s my resolution for 2023 — to stretch myself, broaden my aptitudes, mentally and spiritually. Or, if you will, head and heart.

Tomorrow I will talk more about my resolution in an Instagram reel, and a longer YouTube video. I’d love for you to join me in going deeper in 2023. And let me know how it goes.

« My Friend Just Lost His Brother (in a way)» Home is a Small Place, a Dot on the Globe, Especially the More You Travel.

Am I running for United States Senate? #paulosoph

First time responding to a comment with a reel!

ANSWERING YOUR QUESTIONS: Why are you so “contro

Where the spirit gods (don’t worry I’m still a

TODAY’S NEWS: A party of morality and family val

How much does party matter to you?

I never make a new year’s resolution. I make new

How in God's name did Meghan Markle get put in thi