January 19, 2021 By paulosophia in Uncategorized Tags: my life, philosophy 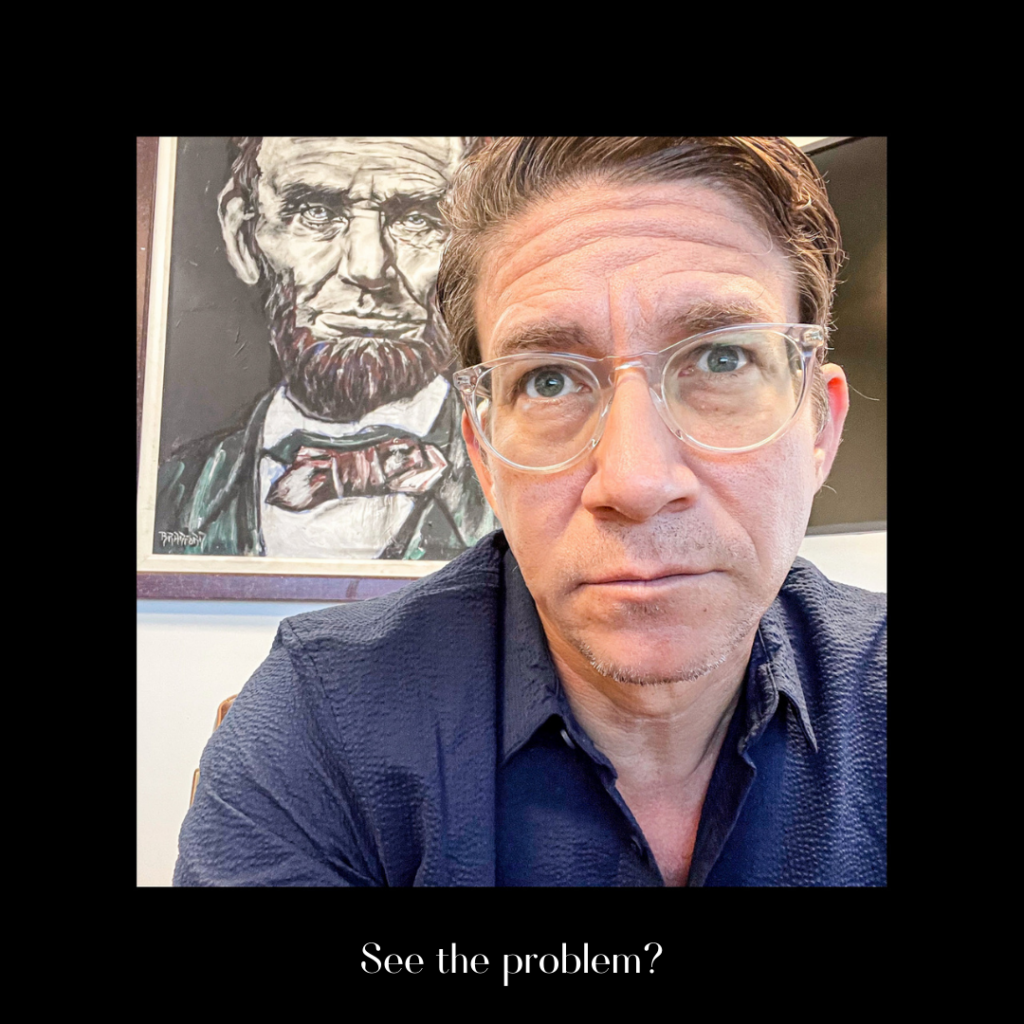 Yes, I’m a white, educated, Christian, male. So what understanding could I have about racism, or anti-semitism, or sexual harassment — or any kind of discrimination?

Ultimately, nothing. It’s all theory.

On that note, I studied normative ethics in my 30s and 40s (when I received a BA and MA in philosophy). I’ve had a painting of Lincoln hanging in my office for 20 years. I bought it from my friend, Bradford Solomon. And my parents, each of them — I heard their stories.

Dad, a Mexican, remembers the “No Mexican” signs, right here in The OC. Mom, being a Roman Catholic and an Italian immigrant in the 1950s — no bueno.

It’s Martin Luther King, Jr. Day today. Grateful Ronald Reagan made it a national holiday. Happy to see all the posts and quotes on social media.

But most white, educated, Christian, males (who hold the handles of power in politics and business), like me, can’t truly understand. Whites can’t understand racism.

This post won’t move the needle. I guess I post because I feel it’s my duty. There are massive problems surrounding racism today, and they only got worse on January 6 when (predominately white men) sacked the capital wearing Auschwitz t-shirts and waving Confederate flags.

I read a book recently called “White Fragility.” (Written by a white lady.) She wrote, “For those of us who work to raise the racial consciousness of whites, simply getting whites to acknowledge that our race gives us advantages is a major effort. The defensiveness, denial, and resistance are deep.”

In the end, more and more these days, with a little help from my friends, I look away from politics and look to Jesus. He understood. He was a refugee from the wrong neighborhood, hanging out with all the wrong people. And he wasn’t martyred on behalf of those like me with privilege, but those with none.

As much as I might try, I can’t understand.

« “Some Just Die”: What Albert Just Said About COVID-19» Those Moments Which Murdered my God