Neglecting The Study Of Our Own Characters 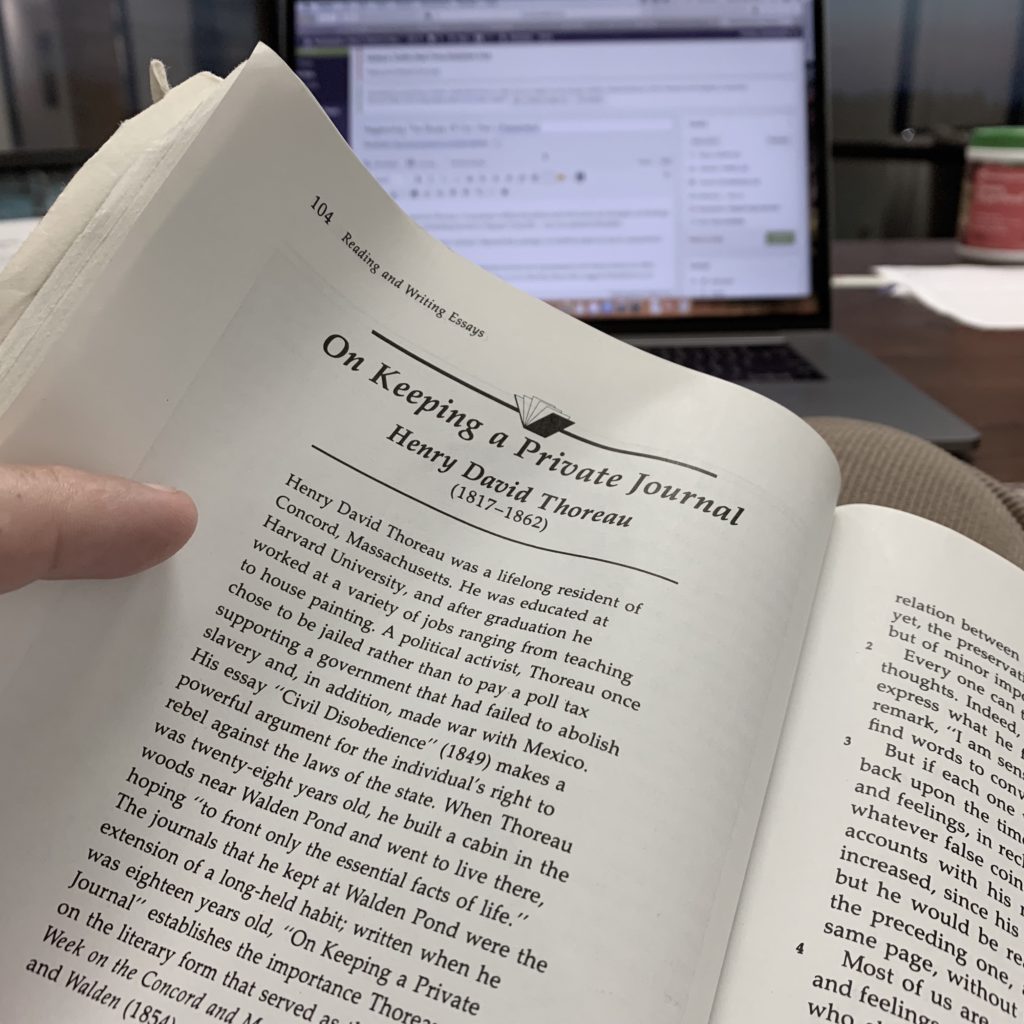 I just read this essay by Thoreau. I was going to follow his advice and write down my thoughts and feelings; since my early 20’s, journaling has been a big part of my life — my own spiritual discipline.

I decided to type out his essay, instead. I figured that, perhaps, it would be easier for me to comprehend. And, maybe you might read it.

As those pieces which the painter sketches for his own amusement in his leisure hours are often superior to his most elaborate productions, so it is that the ideas often suggest themselves to us spontaneously, as it were, far surpassing in beauty those which arise in the mind upon applying ourselves to any particular subject. Hence, could a machine be invented which would instantaneously arrange on paper each idea as it occurs to us, without any exertion on our part, how extremely useful would it be considered! The relation between this and the practice of keeping a journal is obvious. But yet, the preservation of our scattered thoughts is to be considered an object but of minor importance.

Every one can think, but comparatively few can write, can express thoughts. Indeed, how often do we hear one complain of his inability to express what he feels! How many have occasion to make the following remark, “I am sensible that I understand this perfectly, but am not able to find words to convey my idea to others.”

But if each one would employ a certain portion of each day in looking back upon the time which has passed, and in writing down his thoughts and feelings, in reckoning up his daily gains, that he may be able to detect whatever false coins have crept into his coffers, and, as it were, in settling accounts with his mind, not only would his daily experience be greatly increased, since his feelings and ideas would thus be more clearly defined, but he would be ready to turn over a new leaf, having carefully perused the preseeding one, and would not continue to glance carelessly over the same page, without being able to distinguish it from a new one.

Most of us are apt to neglect the study of our own characters, thoughts, and feelings, and for the purpose of forming our own minds, look to others, who should merely be considered as different editions of the same great work. To be sure, it would be well for us to examine the various copies, that we might detect any errors, but yet, it would be foolish for one to borrow a work which he possessed himself, but had not perused.

In fine, if we endeavored more to improve ourselves by reflection, by making a business of thinking, and giving our thoughts form and expression we should be led to “read not to contract and confute, nor to believe and take for granted, nor to find talk and discourse, but to weigh and consider.”