My Next Campaign: Children 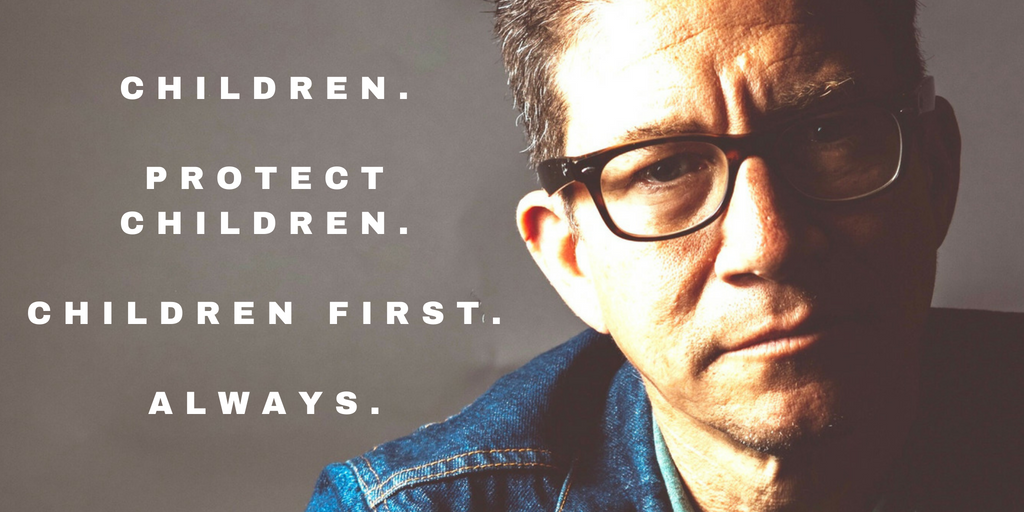 I am humbled and pleased to announce that I have been named President and Chief Executive Officer of Royal Family Kids, Inc. (RFK) — a California non-profit organization that brings healing and support to thousands of foster children each year who are victims of abuse, neglect, and abandonment.

As you might know, during my run for U.S. Congress, I received the formal endorsement of human rights crusader, Bill Browder. His story had captured my heart and, ironically, will now serve as a driving force behind my new work.

Bill, who founded an investment firm in Moscow in the 1990’s, was later named the top investment fund manager in the world. But on November 16th, 2009, when his tax attorney, Sergei Magnitsky, was tortured and murdered by associates of Vladimir Putin, he made a vow to seek justice for those responsible. He gave up his lucrative career to crusade on behalf of the many victims of Vladimir Putin and his accomplices.

In 2012, Bill’s work compelled the U.S. government to impose sanctions on the responsible Russian oligarchs. A new bill, called The Magnitsky Act, received overwhelming support from both houses of Congress.

Vladimir Putin immediately “retaliated” by banning the adoptions of thousands of Russian orphans to American families.

Because many of these orphans suffered from birth defects, fetal alcohol syndrome, HIV, and other ailments, many were effectively sentenced to death, given a lack of medical resources in Russia. Tens of thousands of Russians took to the streets in protest of yet another one of Putin’s gruesome acts.

As a former Executive Director of an international youth campaign that encouraged and inspired thousands of at-risk teens, and as a former executive with the March of Dimes, a foundation devoted to helping newborns with birth defects and illness, you can imagine how Bill’s story touched me, especially Putin’s decision to penalize innocent foster children.

As I learned more about these orphans during the campaign I often asked myself, How might I use my influence to help the kinds of desperate children that Putin violated?

My answer came in mid-June when I received an email from an RFK representative who asked if I’d consider this role, and meet with their search committee. I took the meeting. For the past two months, I’ve been involved in a long process of informational meetings with RFK leadership, and many interviews.

Earlier this month, I was selected to lead the organization as the new President and CEO.

I really don’t have words to describe this organization. I’ve honestly never seen anything like it. This video is just a small sample of the work RFK does at its 5-day camps, treating children like Samantha as “royalty.”

During my campaign, I learned too well how divisive today’s political environment can be. But we can all agree on one thing. We can all agree that all minor children are innocent, especially those suffering from abuse, neglect, and abandonment. And given that approximately 80% of our prison inmates were former foster care children, and 60% of all child sex trafficking victims have histories in the child welfare system, I could think of nothing more compelling for my next step than leveraging my advocacy convictions — to bring real change to countless children.

Working in partnership with Child Protective Services in 40 states, RFK has helped change the lives of over 100,000 kids, over the past 30 years. This year alone, we will have encouraged and mentored approximately 10,000 kids. Like Samantha,

But with approximately 500,000 foster children in the system today, the work before us is daunting.

Three weeks ago, I attended my first RFK event, a 5-day camp with 71 children, ages 6 – 12. I served as a volunteer along with over 100 others who gave up their vacation time to work all day and night in 95-degree heat, mentoring and serving these precious children. I wrote about two of my experiences here and here.

Each camp has a “Birthday Party” with gifts and cake and ice cream and games — because so many of them had never had a birthday party before.

I learned that many camp counselors and volunteers end up adopting the children they mentored at camp.

The highlight of the week was when one of the boys at the camp, an 11-year-old named Miguel, who was a victim of physical abuse and severe neglect, asked me if I would be his father.

There are no words to describe how that moment — I realized there and then that hundreds of thousands of abandoned children like Miguel are in such desperate need of hope, affirmation, positive experiences, and love.

This new work of mine will be my part in helping those innocent children.