August 22, 2018 By paulosophia in Parenting Tags: my life

There are two older couples at Royal Family Kids Camp. They are the camp “Grandmas and Grandpas.” Because many of these children, given they have no parents, have no grandparents. And as many of you know, grandparents can be a very good thing for children.

I wouldn’t be who I am today without the remarkable influence of my grandparents. 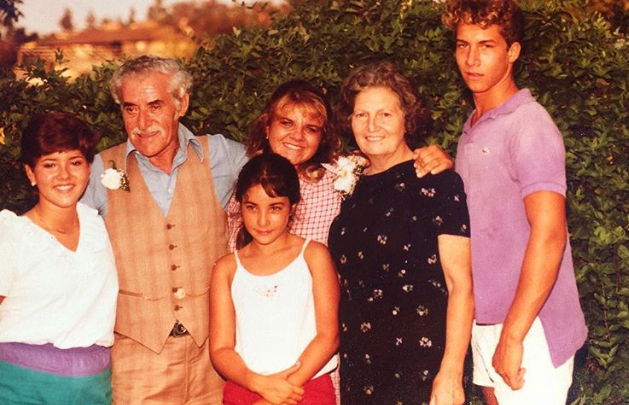 So, one of the camp activities includes grandma and grandpa time. We take our kids into a room — 10 of them, just boys. We sit on chairs in a semi-circle. We are facing the two couples, the “grandparents.” They are in front of a fireplace. They are older and married.

The kids are squeamish, as always. The grandparents introduce themselves, not as “Bob” or “Mary,” or “Mr. Thomson” and “Mrs. Thompson,” but as “Grandpa Bob” and “Grandma Mary.”

As they speak, you can see that the objective is to model kindness, calm, wisdom — something these children see little of.

They gently, with such calm and patience and eye contact and all that good modeling, ask the children to listen. I’m inside so I can’t wear my sunglasses but tears stream down my face because I’m sure these children have never experienced anything like this; they act out, and these older authority figures gently steer them in the right direction.

I hate that sometimes that I can be so emotional. I got it from my maternal grandfather, my Nonno. He was strong and gruff and full of life, and he cried whenever the circumstances warranted it.

You could see the children being tamed.

One of the grandmas begins to read them a story. She sits and reads and shows them the pictures. It’s a story about a boy who grew up a slave in the Deep South. His name was Denver. And later ran away to a big city. He became homeless. He was illiterate. He had no family.

He became angry because he “wasn’t like the other people.”

Grandma gently told the children, with poise and grace, how sadness can turn to anger when life is hard. All implication, no sermon, nothing about their respective circumstances.

The 20 eyes fixed on grandma with each word.

The story ends with a couple reaching out to Denver. They teach him to read. They love him. He becomes a responsible and respectful member of society because he chooses to not let sadness and anger rule him. He starts an outreach to the homeless. He is honored in the White House by President Obama.

And the moral of the book is about how we are all uniquely different, and nobody is better than someone else.

One of the grandpas takes out his Taylor guitar. He sings a cheesy song about a father’s love. I’m cringing a bit; the kids aren’t. I keep thinking about how these kids live on video games and smartphones and here are these four old people singing this cheesy song and how it’s not relevant.

Apparently, it was. Because they are paying full attention.

The song ends. Then the grandpa says, “I’ve never known my dad. I never met him. I don’t know his name or what he looks like.”

I cry some more.

Four hands are raised. He calls on one of the boys.

The I hear three others say “me too.”

One says, “I know my father’s name. His name is Richard. And I have a picture of him. But I’ve never met him.”

The grandpa who doesn’t know his father then talks with such precision and grace about how God is a father that will never let us down.

One boy talks about how parents can let us down but “if you trust in God he never leaves us.”

I don’t even know how the Grandparent time ended. But after it did, one of the camp photographers (there are a few of them) asked the boys if they wanted to have a picture taken with “your new grandparents.” The cynic in me (I’m sorry to admit this) immediately said, “These cool, hardened, customers are not going to want a picture taken with these old, white, folks.”

One of the grandmas pointed to me as a mob rushed to be first in line to help navigate the photo session. I had to find a way to back them up so the shoot can begin.

One after one, the boys sat on a chair, with each grandparent couple to his left and right.

The smiles of the boys. We can’t show pictures of them. But those smiles.

They will never leave my heart.

« My Week With 71 Foster Children – Part I» My Next Campaign: Children