I Didn’t Run To Open Any Doors; I Ran To Knock Some Down

June 29, 2018 By paulosophia in Politics, Uncategorized Tags: my life, politics 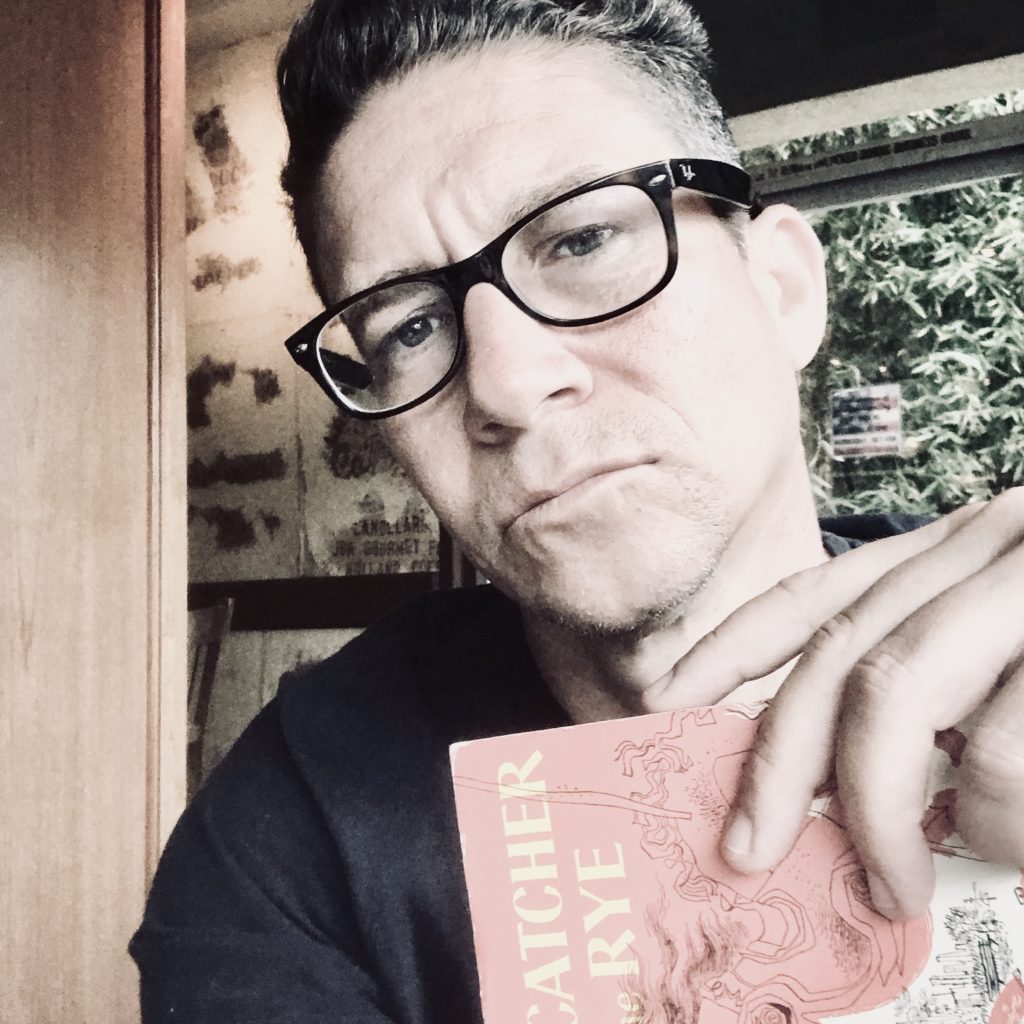 Before I ran for Congress I would write freely. I called it “Freewriting.” You write whatever comes to mind.

But I stopped because you have to be more cautious when you’re a running for office.

I’m no longer running for office, so…

That lady with the fake Rolex at 11 o’clock. To my left. Eleven o’clock is always to your left. Left of 12. She’s outside the window — the window to my left. I know it’s fake because I can see it ticking. A real Rolex won’t tick; the second hand does all these really tiny ticks, so much that it looks like it’s just gliding.

The man with gray sweatshirt black shorts black shoes black sunglasses.The Volvo keys to the right of this computer. On the brown table.

I care more about abused and neglected children than I do almost anything else.

Few works of art move me as much as Salinger’s Catcher In The Rye. I used to feel bad that I loved complex dramas or even disturbing dramas like Shine or Midnight Express or Schindler’s List so much. Then as I studied more about Enneagram Fives and INTPs it started making more sense.

I just don’t even get how Salinger — in the 1940s — could write something so honest and raw and lacking in pretention.

The pen is without question more powerful than the sword.

That election. Opened so many doors. I didn’t run to open any doors; I ran to knock some down.

I think my wandering thoughts are like those of most people.

Nobody is more creative than somebody else. We are all equally creative.

That’s probably the biggest and saddest thing I learned during my run. If you are a politician half the country will hate you. We live in the weirdest times where literally Republicans hate Democrats and Democrats hate Republicans.

But the Republicans are way worse than the Democrats.

I prefer cream and sugar. Whole milk and sugar. Never ever non-fat milk because it makes the coffee look dirty and doesn’t even alter the taste.

Millions mourned when Stalin died even though he murdered tens of millions. Weird how thug autocrats can be lauded by so many. I think it could be happening again, this time in the USA.

No such thing as being non-political.

No such thing as being non-religious.

Ooooh, that lady has those new shoes. Those super trendy trainers. They say the most comfortable shoes in the world. Air buds or Airwalks or something like that.

I’m obsessed with shoes but you’d never know it. I think about buying new shoes every day. I go online and salivate but I rarely buy any. Running shoes are my weak spot. I hate Nikes. I love New Balance. It’s weird that Adidas and Puma were started by two brothers who went separate ways. Adolph stared Adidas; Rudolph started Puma.

Mostly what caused their split was Rudolph’s greater affinity for Nazism.

I heard that the lady that made the Nike swoosh stipe was paid like sixteen bucks by Phil Knight way in the beginning. He later gave her stocks for it. So kind of him.

Steve job relished in not giving a dime to the early founders of Apple. I don’t get it. I think Steve Wozniak was really disturbed about it once they went public and all these guys became instant multi-millionaires. Woz went to Jobs and said they should both match each other in giving at least some stock to the employees. Jobs said something like, “Perfect I’ll put in zero and you put in zero.”

I had a dream a few months ago. I was piloting a small airplane. I was scared. I was on the runway. I pushed the lever forward. I don’t know if there’s a lever and, if there is one, whether you push it forward. On a car, you pull the lever backward. You pull it back into drive. But it seemed natural that when piloting an airplane that you’d push the lever forward.

Fast, faster, heart beating. It is quiet. When I used to travel a lot I would fly business class and sometimes first class. It’s quieter in the front of the plane. You don’t hear the friction from the air against the wings.

The plane slowly starts to lift off the ground. My heart pounds.

Then, a song I haven’t heard on decades jumps into my head.

Wake up in a panic with that song. Attached to my brain.

Then I think about the mind/body problem.* Somehow that tune had been embedded somewhere in the carbon of my brain — the actual meat in my skull — for decades.

How can that combination of lyrics and melody and rhythm — things that are nonphysical — be stuck to a brain, something physical?