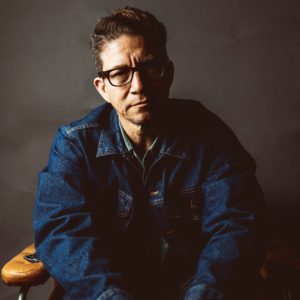 Franklin Graham is in California. He’s in the middle of “a series of one-day prayer and evangelism events” that he calls the Decision America Tour.

Don’t be deceived. These are pro-Trump right-wing political rallies.

Sure, Graham encourages his flock to make a decision for Christ.

And then he encourages decisions for right-wing-Trump-supporting candidates.

Graham’s website says exactly nothing about his political scheme. But in a New York Times interview, one of his board members was clear about the purpose of the “Decision America Tour”: “Only as we change the heart of the people of California can California go red again.”

I don’t write this merely as the lifelong Republican that I am. The one who voted for Ronald Reagan twice, who is running as a centrist against 15-term GOP incumbent, Dana Rohrabacher.

I’m writing as a devout follower of Jesus Christ. As one with decades of leadership in Christian ministry. As one with undergraduate and graduate degrees in philosophical theology, the later degree from one of our country’s most conservative evangelical seminaries.

To believe that by changing “the heart of the people” you will end up with the likes of Trump, Steve Bannon, Dana Rohrabacher, Roy Moore — what gospel is Graham trying to bring about?

He encourages decisions to accept Jesus at the events.

Then he encourages decisions to vote for pro-Trump Republicans.

And this Christian wonders, which Jesus?

Franklin Graham, one of America’s most recognized Christian leaders, cannot think of anything mean Donald Trump has said.

A cult member will never speak negatively of his leader.

Billy Graham knew better than getting sucked into extremism, whether it be political, or theological. He held that Muslims and even atheists could be part of the Body of Christ. Franklin called Islam “a very wicked and evil religion.”

After Trump’s attempt at a Muslim ban, I launched a peacebuilding campaign, The Christian-Muslim Alliance. Religions are never wicked or evil. Only people are.

Franklin Graham has built his career on a religious brand very different from his father’s — one unrecognizable to millions of faithful Christians. Years of bigoted statements on immigrants, Muslims, gays, and Black Lives Matter culminated in Franklin’s enthusiastic embrace of Donald Trump. Like my opponent, Dana Rohrabacher, Graham has been unconcerned by endorsements Trump received by the KKK, his collusion with foreign enemies, or his racist rants.

In Pasadena, at the start of the crusade, Graham spoke to fellow evangelists, pastors, and top Los Angeles donors: “Progressive?” he went on, “That’s just another word for godless.”

Most of the progressives I know are passionate about fighting for human rights, and civil rights, and social justice. Graham believes they are “godless.”

Promoting Trump and his lackeys at the Decision America Tour is a far cry from Christian ministry. It’s anti-Christian. To encourage Christians to vote for the Trump-Bannon-Moore-Rohrabacher wing of the GOP is to encourage them to vote for racism, misogyny, xenophobia, and patent lying in their leaders.

Trump has started the race war that I predicted, in 2016, he would start. I wish I would have been wrong.

I keep hearing bigotry coming from Trump and his supporters. Racist and sexist and xenophobic and crude speech. Then, when the comments hit the headlines, the silence — the ensuing deafening silence by many of Christian brothers and sisters, many who are Republicans, MANY WHO ARE CHRISTIAN LEADERS.

In 1949, Billy Graham’s California crusade helped cement his place as a national icon for evangelicals. The Billy Graham Evangelistic Association was created as a vehicle to proclaim the love and transformative power of Jesus Christ. His son Franklin is in California to undo Billy Graham’s fine work. He is using the same organization as a political wing of the Trump Cult, promoting candidates who, like my opponent Rohrabacher, support a sexual predator, serial liar, and racist. He is preaching a message that leaves out Jesus’ primary message of caring for the marginalized of society like immigrants, the poor, and refugees.

Historically, the church has described sins of both commission and omission. Modern-day evangelical leaders warn against the former — particularly abortion and homosexuality — while remaining suspiciously silent about the later.

I want to reform the Republican party. Why should one party have a monopoly on caring for civil rights, social justice, gun violence, the environment? My faith informs my politics in the way of historic Christianity, not the nativist very American version of the Trump-cult.

This week, the GOP officially became a third party in California. Nationally, Trump is destroying the party of Lincoln, T. Roosevelt, and Reagan. Instead of understanding its need for moderate candidates, you have desperate evangelists like Franklin Graham, Jerry Falwell, Jr., and Paula White trying to move it further to the extreme Trump-right.

From a Christian theologian’s point of view, I believe his message is heretical.