A little while ago, my son, Elliot, asked me about my ancestors. I shared a some of my memories with him. Then I decided to scribble some of what I remember in the form of a letter because memories become fixed when they are written down…

You have a very rich history with respect to your ancestors. I assume all people think that of their own families, but it’s just a fact of yours. Your ancestors, on both sides, have worked very hard to overcome very significant obstacles. On my side, I refer mostly to Nonna’s family, who I want to write about today.

After WWII most Europe, including Italy, was in total ruins. Think about that for a minute. Entire cities and towns were essentially leveled. Businesses had closed. Millions had died. My grandparents — my Nonna and Nonno — were dirt poor. They had nothing, like so many others. I remember going to their town in Umbria, Stroncone. Nonna told me that the German soldiers told them to flee to the hills if they wanted to live. Nonno would steal chickens to feed his family.

With grit and determination, they immigrated to America. That probably doesn’t sound like too big of a deal. But it involved unbelievable financial cost. And also it was scary — leaving your home, friends and many relatives for a completely foreign land. It was so expensive that half of the family moved there first (my Nonna and two of my uncles) so they could earn money in America. Then my Nonno came with Nonna and my other uncle. I don’t know if you remember the video that Uncle Tim made, but we have footage of Nonna getting off the plane when she was 12 and running to see her mother and brothers who she hadn’t seen in two years.

Some of their extended family came with them. Millions from Europe, in fact, fled. I remember Nonna saying that, at one point, they lived in a tiny two bedroom house with one bathroom. There was their family of 6, and another family of 5. Imagine.

It’s hard to describe how amazing my grandparents were. I just don’t know what to write. My Nonno was the most exuberant, happy, emotional in a healthy way, hardworking man. He was humble and the epitome of a “real man.” He laughed a lot. He used to rub his stubble on our face when we were little. It hurt but in that giggly kind of way. His garden in the front and back was just remarkable. He was a carpenter. Apparently, he fought in WWI as a young man in North Africa. They lived in Whittier, which is just about 30 minutes northwest of Costa Mesa. He worked in downtown Los Angeles. I remember him going to work and coming home because we spent a lot of time there when I was very young. Grandpa and Nonna owned a hair salon in Whittier so they would drop us off there.

My Nonna used to make this drink with milk, sugar, and egg. I remember the sugar sticking to the egg and it tasted like candy. (This is all sounding so old like it happened 100 years ago!) I have vague memories of her hiding my baby bottle. They were trying to get me to finally drink out of a real cup, or glass. She put it on a top cabinet shelf in her kitchen (which I still so remember). I saw it one day when she was putting dishes away. I looked up and cried and begged her for it. She said in her very broken English, “You can’t have it, there’s a snake inside it.” I would ask again from time to time and she kept saying the snake was still in there.

I don’t know if there’s a human being that’s shaped me as much as my Nonna. She was the most selfless individual I have ever met or even read of. All she did, almost quite literally, was care for others. All she did was work around the house and garden. Nonna used to yell at her, telling her to sit down during dinner because she would serve and clean while everyone else was eating. My Nonna would get so mad at Nonna. Eventually, she’d sit down but she would sit on the corner of the chair and reluctantly eat as if she was being punished. She didn’t know how to receive; she was all giving. She cared for animals as much as she cared for people. She would always dump out the water of our dogs, goats, horses, chickens, etc. and refill with clean water. She always wore a dress and usually an apron.

In retrospect, I’m certain this wasn’t completely healthy: self-care is vital. But I’m just telling you what she was like and that there was something about this kind of work ethic and selflessness that I find full of virtue. 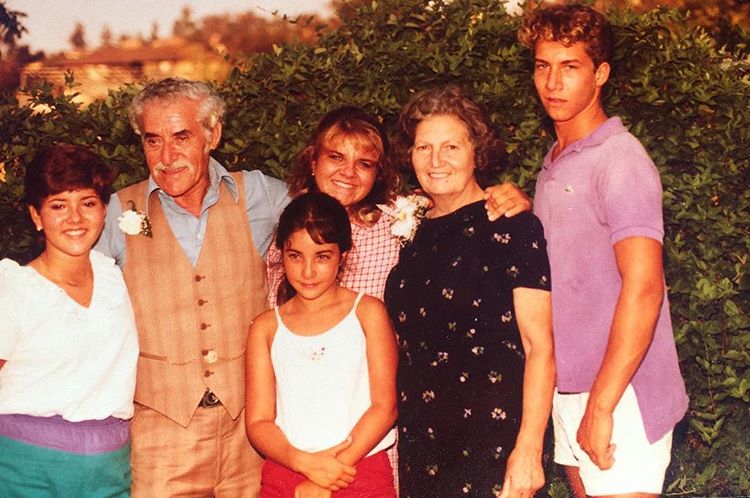 When I was 18 I worked as a waiter. No cell phones in those days. My manager came to me and said I had an important phone call. I don’t remember who it was actually, but they told me my Nonna was in the hospital and I needed to go there immediately. Grandpa and Nonna were in Mexico on vacation. I got to the hospital and Nonna was unconscious. They said they could perform a surgery but the chances were high that she would have brain damage.

I told them I had to go talk to my Nonno. I drove to his house. He had this recliner chair that he would always sit in and watch TV. He lay in the chair, hugging an 8” x 10” photo of his lifelong soul mate. He was hysterical, crying “Oh God, Oh God, no, please, no.” Over and over and over.

I tried to console him. I asked him if he wanted to the doctors to perform the surgery. He couldn’t answer, he just kept holding the picture and crying. (I’m crying as I write this.)

I had to make the decision on what to do. They had been married for over 50 years.

I drove back to the hospital and told them, “no surgery.”

She died a few hours later. Then Nonna and Grandpa and family arrived and we all grieved and soon had her funeral.

(As an aside, we don’t know if she had Alzheimers or hardening of the arteries or both. But a few years before she died her mind started to slip. She forgot how to speak English. She’d steal things and hide them. She’d get really angry with us. It was really sad and in ways resembles what started happening to Nonna in the year before her stroke.)

Nonno eventually met another lady a few years later at his church (they were, of course, Roman Catholics). Her name was Jenny. She was Italian. They got married and were together for I think around 20 years until she died. She was a very nice lady, but not like my Nonna.

Nonno’s health eventually started to fade in his early 90’s. This was weird because he was such an incredibly strong man. I remember he had the strongest hands. I don’t know if he had an ounce of fat on him. Anyway, Nonna eventually took him in. When he was dying we were all around him.

I remember being in the bedroom with my sisters and Nonna watching him fade so vividly, though, for some reason, it seems more sad and real today in certain respects than it did then. I think Bree remembers the funeral and the memorial which, as the Catholics do, was open casket.

When we are younger — at least for me — we don’t care as much about stuff like grandparents, family, ancestors, etc. But even in writing this I can say for certain that nothing matters more to me than my family.

Maybe I will write soon about Grandpa and his family but I have to go now. But one more thing. Grandpa always talks about “La Familia” and how “It’s all about family.”

I couldn’t agree with him more. 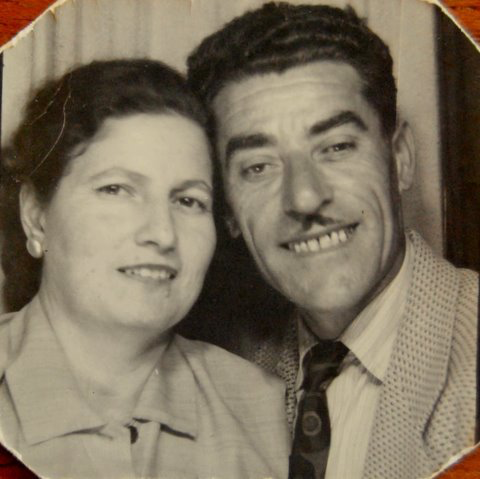