Laying On My Stomach, Staring At Jesus 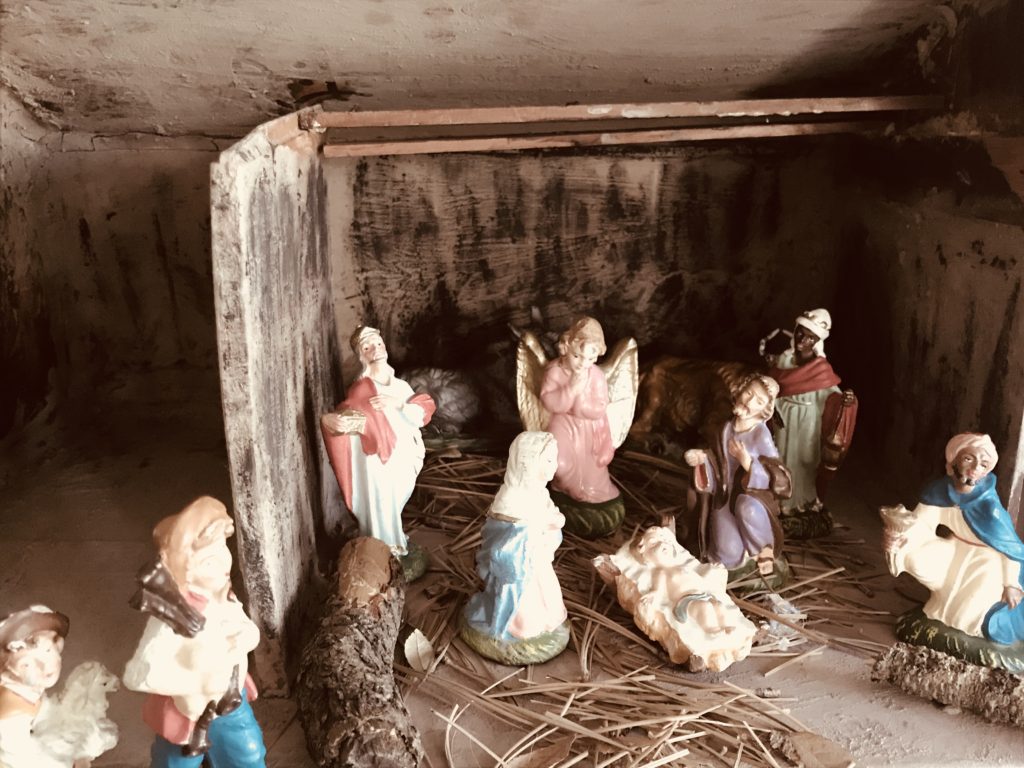 We all have many wonderful memories of our childhood.

I remember our nativity scene. I remember laying on my stomach and playing with the wise men and animals and staring into the eyes of the baby Jesus. I could have been as young as two or three when I started my annual nativity scene fascination.

There was the man holding a black bowl. I think it was for the incense. I remember putting my thumb in the bowl. It felt smooth. About ten years ago I bought those same figurines. I found them on eBay. They were made in Italy.

The set didn’t include the stable so I went to my Dad’s and made one out of some old grape crates from when he used to make wine.

While I was cutting the wood, I remembered a class I had in seminary. In ancient Palestine, the stable was always connected to the house. Joseph and Mary went to someone’s house to bring Jesus into the world.

I also remember reading that the first nativity scene, or crèche as it’s called around the world, was staged first by Saint Francis of Assisi in the 13th century.

I made our crèche a two-room nativity scene. I got some mud a smeared it all over the walls. The kids and I gathered wood and pine needles from a camping trip; that’s what we put on the floor every Christmas.

I still stare into the eyes of the baby Jesus every year.

I’m 52 years old. I was just laying on my stomach staring into the eyes of the baby Jesus.

There is still something magic about Christmas. 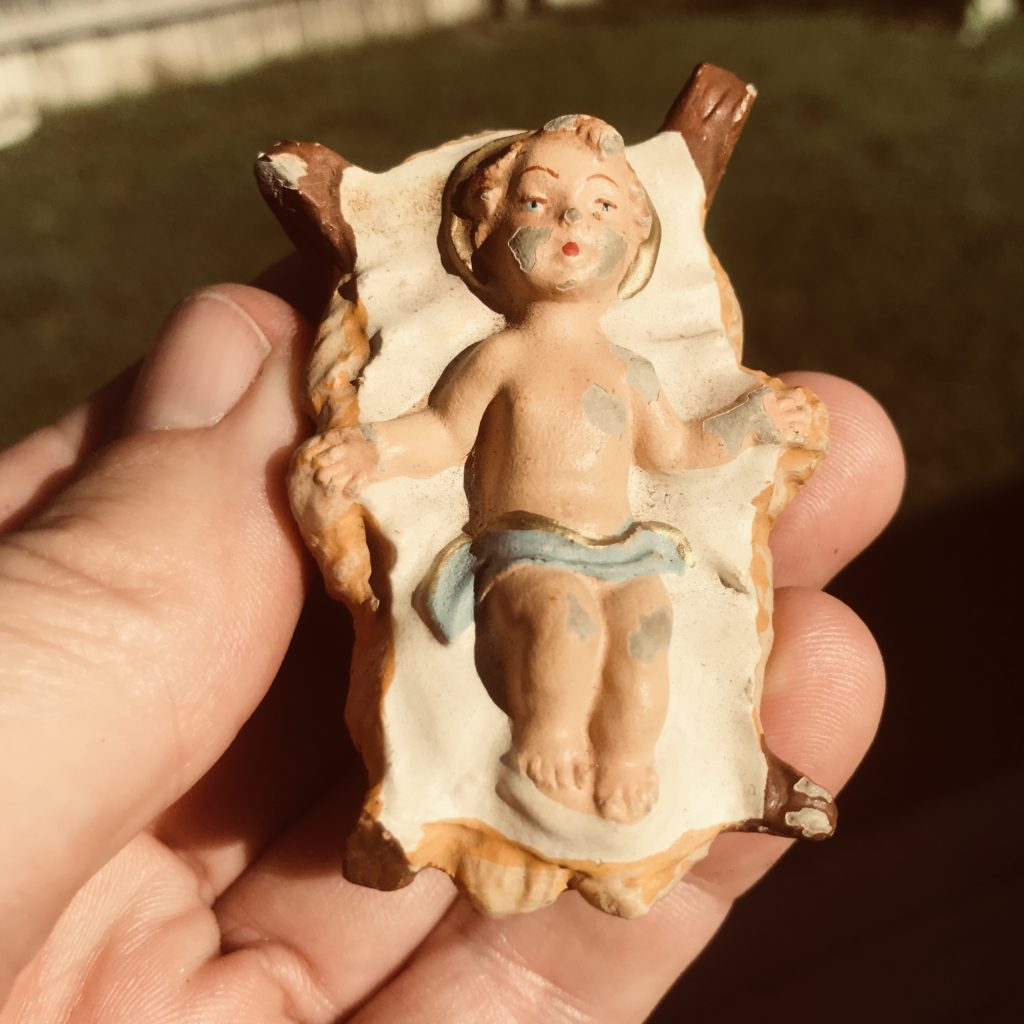