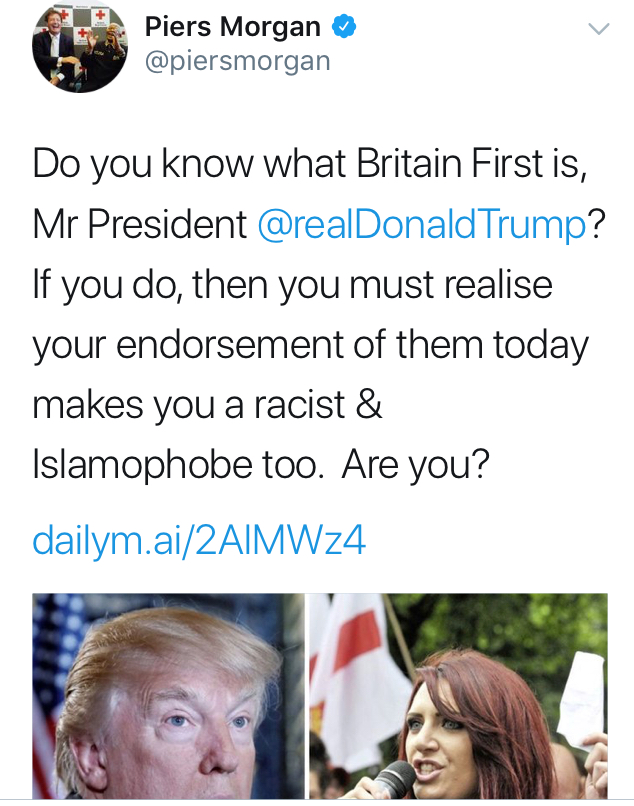 Prime Minister of Britain, Theresa May, then came out and condemned Trump’s actions:

“British people overwhelmingly reject the prejudice of the far-right, which it is the antithesis of the values that this country represents: decency tolerance and respect. It is wrong for the President to have done this.”

Bush knew the difference between crazy extremists who we need to be destroyed, versus Muslims, such as the over 5,000 that serve in the U.S. Armed Forces.

For Immediate Release Office of the Press Secretary

Remarks by the President at Islamic Center of Washington, D.C.

THE PRESIDENT:  Thank you all very much for your hospitality.  We’ve just had a — wide-ranging discussions on the matter at hand.  Like the good folks standing with me, the American people were appalled and outraged at last Tuesday’s attacks.  And so were Muslims all across the world.  Both Americans and Muslim friends and citizens, tax-paying citizens, and Muslims in nations were just appalled and could not believe what we saw on our TV screens.

These acts of violence against innocents violate the fundamental tenets of the Islamic faith.  And it’s important for my fellow Americans to understand that.

The English translation is not as eloquent as the original Arabic, but let me quote from the Koran, itself:  In the long run, evil in the extreme will be the end of those who do evil.  For that they rejected the signs of Allah and held them up to ridicule.

The face of terror is not the true faith of Islam.  That’s not what Islam is all about.  Islam is peace.  These terrorists don’t represent peace.  They represent evil and war.

America counts millions of Muslims amongst our citizens, and Muslims make an incredibly valuable contribution to our country.  Muslims are doctors, lawyers, law professors, members of the military, entrepreneurs, shopkeepers, moms and dads.  And they need to be treated with respect.  In our anger and emotion, our fellow Americans must treat each other with respect.

Those who feel like they can intimidate our fellow citizens to take out their anger don’t represent the best of America, they represent the worst of humankind, and they should be ashamed of that kind of behavior.

This is a great country.  It’s a great country because we share the same values of respect and dignity and human worth.  And it is my honor to be meeting with leaders who feel just the same way I do.  They’re outraged, they’re sad.  They love America just as much as I do.

I want to thank you all for giving me a chance to come by.  And may God bless us all. 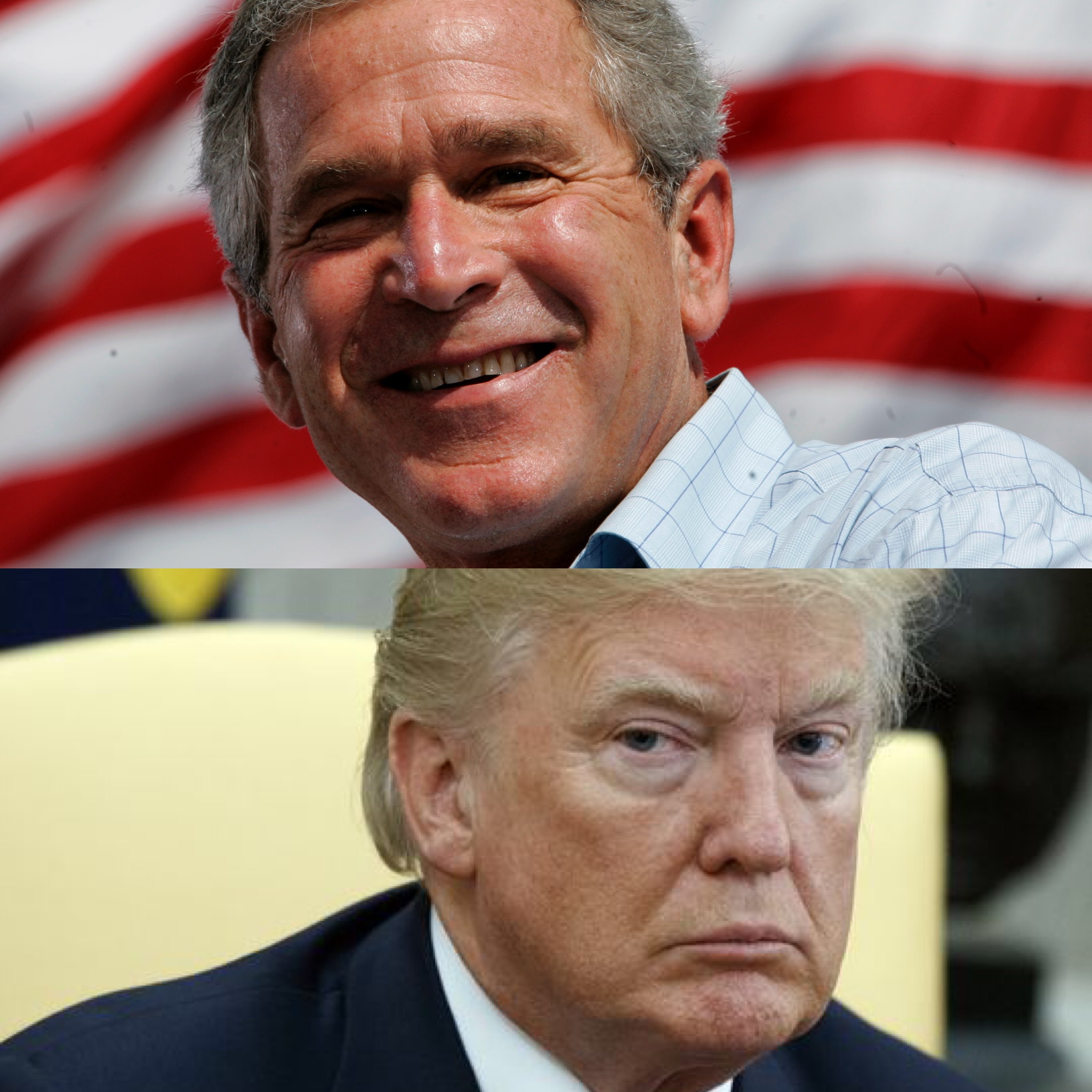 « Our Lungs Work. Our Hearts Work. Our Minds Work.» Arrows From Left And Right: Day 35 In The Life Of This Candidate For United States Congress.