We Can Do Better: My Journal On Politics in America 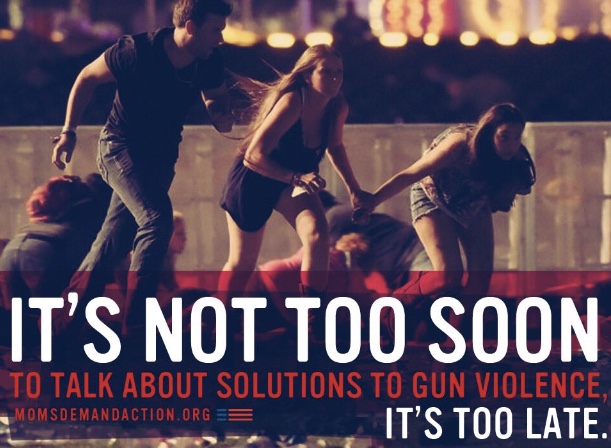 Over 50 dead. Over 400 injured. Yet another senseless mass shooting in America.

Every mother and father, I humbly ask you to hear me out. And those who are not parents, this is for you, too.

Sometimes prayer and grieving and “Not being political” isn’t enough.

Saying “Our prayers are with Las Vegas” can be the equivalent of boasting of your prayers as you watching a toddler drown before your eyes.

But hear me out.

Faith without works is dead. Talk is cheap. We all know this.

Spiritual platitudes can sometimes be a cop-out.

To my Christian friends, Jesus didn’t merely pray. When necessary, he pulled out the whips, yelled, called oppressors names — especially when it meant standing up for the innocent.

I am a gun owner, have been my entire life, and believe in the right to bear arms.

But, fellow Republicans, before you throw me under the bus for being political or “liberal” or angry, THINK with me.

On an average day, 93 Americans are killed with guns.

That means around 12,000 gun homicides each year.

Seven children and teens are killed by guns in the US on an average day.

In an average month, 50 women are shot to death by intimate partners in the United States.

America’s gun homicide rate is more than 25 TIMES the average of other developed countries.

Hear me out, especially fellow Republicans. These aren’t just numbers, they are the children of parents like you and me.

The National Rifle Association spent over $30 million on the campaigns of Trump and Rohrabacher.

Why do these actions of the NRA and extreme right-wing Republicans matter?

Because the NRA opposes ALL gun safety laws, including background checks. They spend their lobbying efforts in the swamp of Washington DC, bribing career politicians to fight any kind of gun control.

Corrupt Dana Rohrbacher, Congressman of California’s 48th district, for example, voted YES on DECREASING the gun waiting period from three days to one day. Yes, you read that correctly.

In Trump’s speech today about yet another mass shooting, he did not say ONE WORD about gun violence. Nothing.

Friends, gun safety is not a left versus right issue. Far right-wing Republicans who have lost any sense of common sense have made it one, and many of them know that their elections are largely funded by the enormous financial contributions of the NRA.

Conservatism, in my view, has always been about being rational, disciplined, cautious. Conservatism means you speak honestly, even if it “hurts” your party.

We need to become a party of common sense, courage, and empathy.

So, yes, pray and grieve.

Then call your congressman if you are Republican. Tell him or her you are over enabling this kind of violence.

In the next election, find a candidate that has the courage and common sense to do what’s right, as opposed to merely going with the flow of the status quo.

Because the status quo is killing people today, and all the prayers and grieving with respect to violence isn’t working; it’s only getting worse.

For the sake of all these victims of gun violence, we must.

« As I Explore A Run For United States Congress, Please Consider This Picture.» I Guess Abortion Is Murder, Unless Your Mistress Is Pregnant.