As I Explore A Run For United States Congress, Please Consider This Picture. 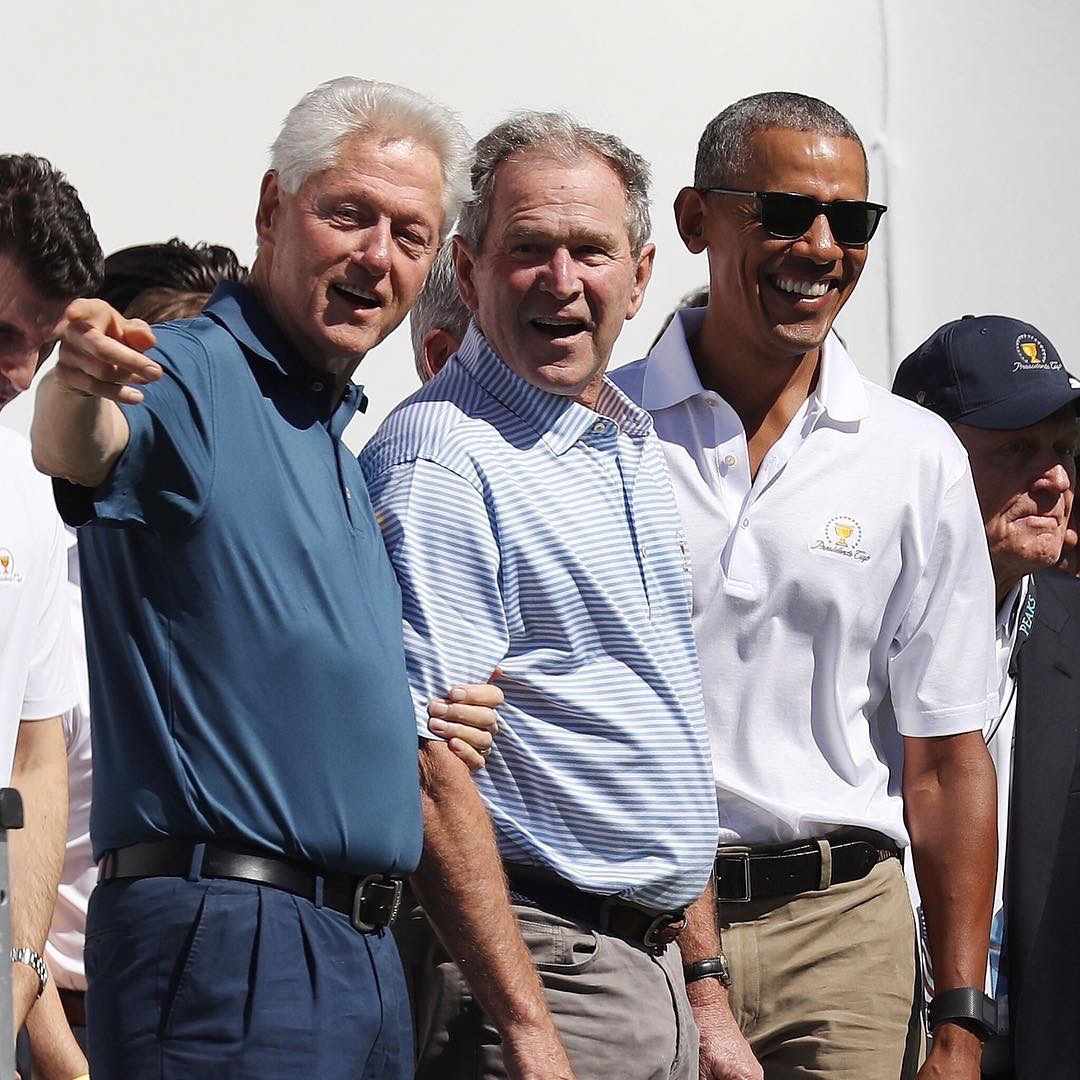 Look at this picture. It’s worth a thousand words, or posts, or memes.

It’s at the Presidents Cup, which is going on now.

And it’s the first time ever three former presidents have been at the event.

We live in a time of unparalleled division in our nation. The two parties don’t act as if we are one nation, but two.

“Winning” today seems to mean making the other side lose.

So we all lose.

According to Gallup, Congress has an approval rating of 16%. If Congress was a hotel or a restaurant, that’s almost one star out of five. If you owned that hotel or restaurant, you’d do whatever it takes to be more effective, even if it meant firing the staff. If not, you’d go broke.

Congress is that restaurant.

President Trump is right in his vision to “drain the swamp” of career politicians that are no longer getting results. The congressman in my district’s name is Dana Rohrbacher. He’s a Republican. He ran almost thirty years ago on a platform, ahem, of term limits.

But President Trump is wrong in his angry and divisive comments against anyone who disagrees with him. That technique doesn’t work in a Representative Democracy. You need finesse. Our President is not a Ronald Reagan or even a Richard Nixon — a Republican who knew how to use their leadership skills to forge consensus and get results.

More than any time in our history, America today needs leaders who will not merely work to retain the support of their base supporters — we need forward thinkers with the capacity to both embrace and work with the “opponents.”

Because, as one country, those who disagree with us are not our opponents. They can’t be. They are Americans.

We have always been at our best when we can disagree with the ideas of others, but still be able to break bread, laugh, find common ground, then get stuff done.

That’s what made this country great in the first place.

As I explore a run for United States Congress, I ask that you consider this picture.

That is the spirit that made this country great.

« Happy Birthday Paulosophia! And I Was Only Being Honest.» We Can Do Better: My Journal On Politics in America