Might Seem Foolish To You, But I’m Wearing Black. 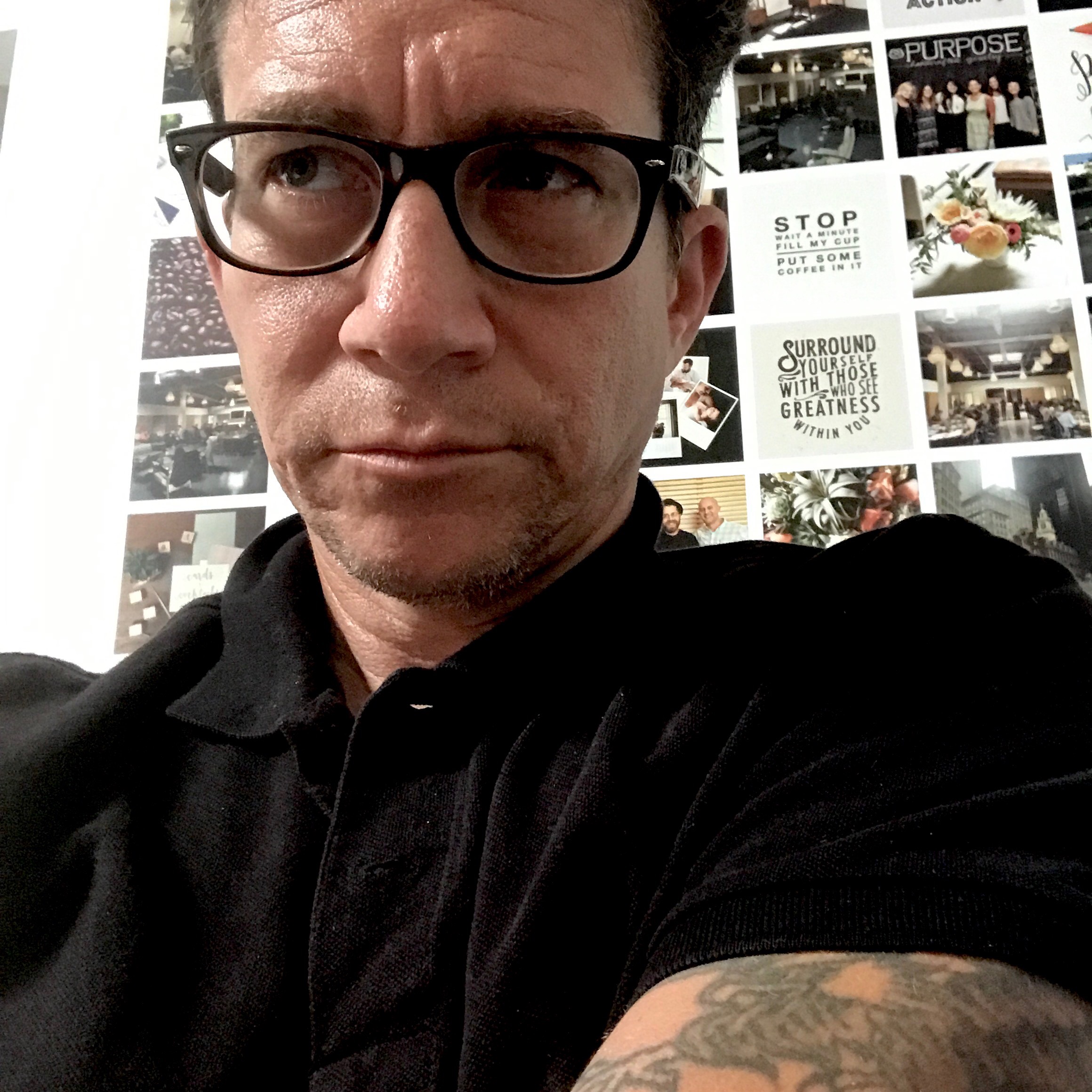 Black. You probably think it’s weird, but I’m wearing black. Maybe I will every day until it all changes.

Before I tell you about black, today I’m not well…

My nose is raw inside. My throat is all tight. And on Tuesday night I started hearing my heartbeat in my left ear. It pounds in a swooshing pulse, all day and all night.

I googled “heart beat in my ear” and it said I have pulsatile tinnitus.

But it’s probably sinus infection. If it doesn’t get better by tomorrow I might muster up the energy see my doctor.

I was supposed to go yellowtail fishing today with my good friend Chris. I don’t know about you but I just don’t want to do fun stuff when I’m sick.

I want to just do nothing.

I feel bland inside. Kind of dazed. Head in a bubble. A bit depressed.

I worried for a few minutes and thought worse case scenarios.

Then I had this conversation with myself:

Paul: What if there’s something wrong with your heart? Or you have lots of plaque stuck to your arteries? It says it can be a tumor. It says you can have a stroke. Carotid artery disease. Blood vessel disorders.

Paul: Don’t think thoughts like that! That doctor on the Harvard website said it’s probably nothing and if it doesn’t get better in two weeks, see a doctor.

Paul: But you never know and lots of people have heart attacks and strokes and they had warning signs and were stupid to not see a doctor sooner.

Paul (reading askadoctor.com): “Most of the time, pulsatile tinnitus is nothing to worry about. If it doesn’t go away on its own or becomes really bothersome, talk to your doctor.”

One of the two Pauls stops the conversation. Gets out of bed. Looks out the bedroom doors. 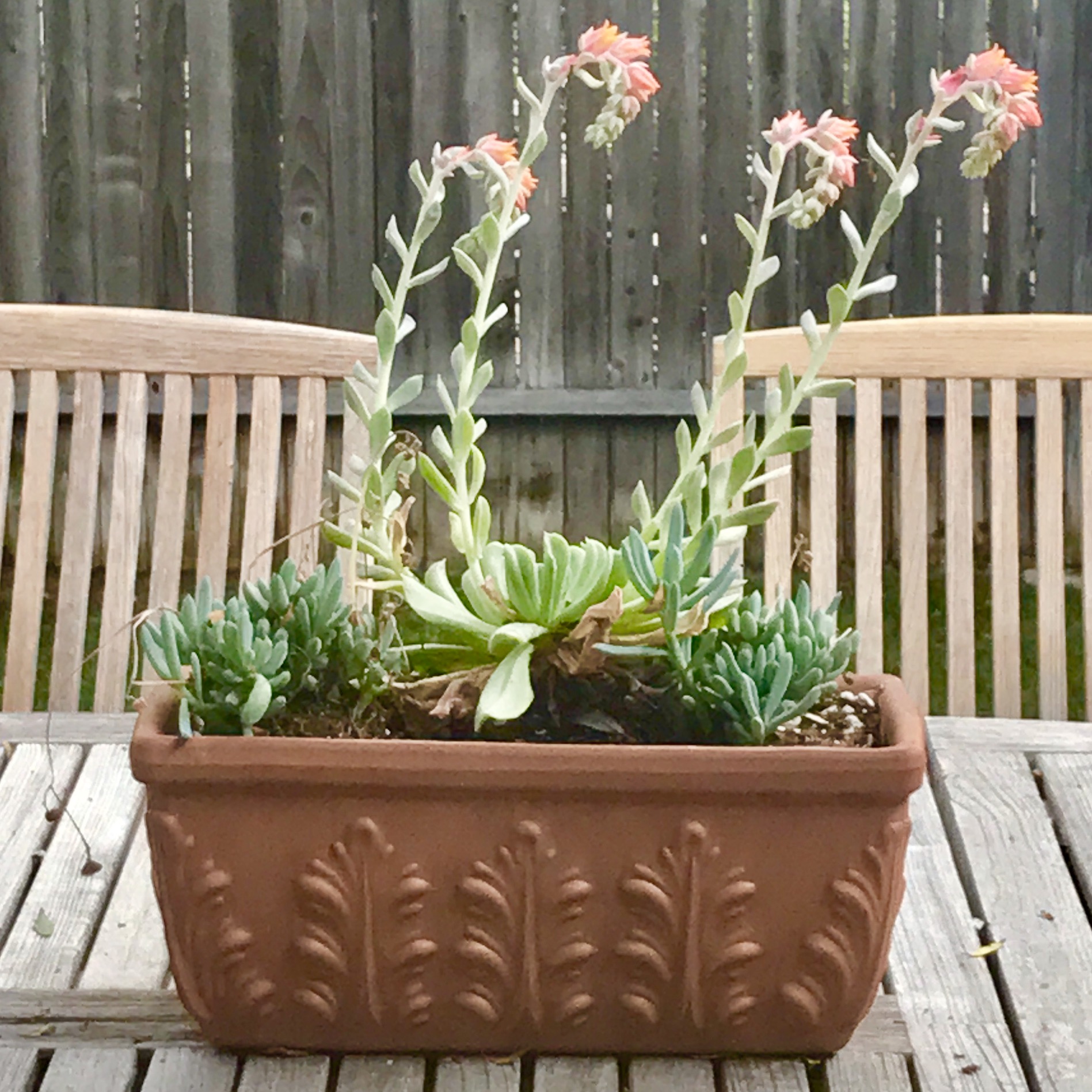 Go on Twitter. And all these people, including our nation’s leader, fighting to keep Confederate flags and statues.

I just don’t get why it’s so imperative to keep these symbols. In Germany, Nazi (white supremacist) icons are illegal.

Confederate symbols on public land endorse a pathetic American movement founded on white supremacy. If our government continues to show respect to the Confederacy, people of color will never feel safe.

Some people argue that it’s to learn about our history. But we have books for that.

We will never solve our community’s problems if an entire group of citizens is alienated or feels targeted for discrimination.

Last Thursday I was in Nevada driving along a rural country road and it was 104 degrees and I had all four windows opened and I don’t usually listen to Johnny Cash but I started thinking of Dad and how he used to play Folsom Prison Blues and Delia and Ring of Fire to us when we were kids.

So I texted him. 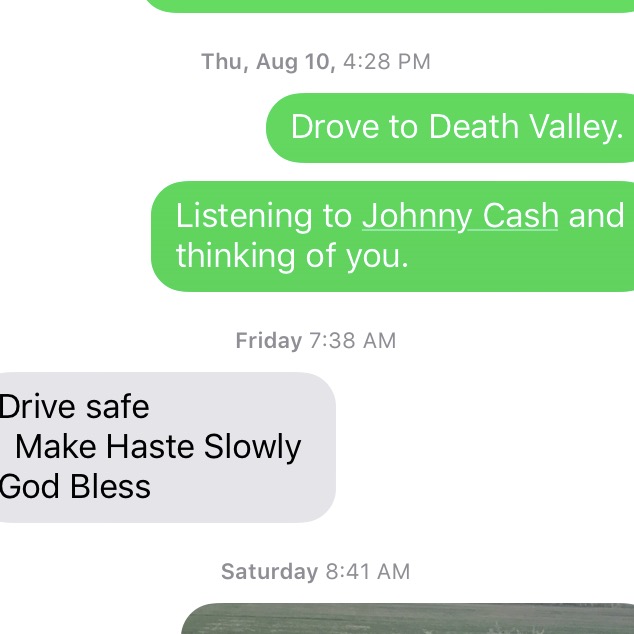 Make haste slowly — one of the dozens of the wise and witty sayings I grew up hearing, and still hear.

Man In Black came on.

I never really paid that much attention to that Cash song.

And the wind kept blowing hot and I play that song over and over thinking of African Americans and of  Islamophobia. I think, he would have included Muslims in that song if Muslim haters was a big thing in the 1960’s.

As I drank in the lyrics, I didn’t even know what would happen in Charlottesville over the next two days.

Here are a few of my favorites:

Well, you wonder why I always dress in black,
Why you never see bright colors on my back,
And why does my appearance seem to have a somber tone.
Well, there’s a reason for the things that I have on.

I wear the black for the poor and the beaten down,
Livin’ in the hopeless, hungry side of town…

I wear the black for those who never read,
Or listened to the words that Jesus said…

I wear it for the sick and lonely old,
For the reckless ones whose bad trip left them cold..

Ah, I’d love to wear a rainbow every day,
And tell the world that everything’s OK,
But I’ll try to carry off a little darkness on my back,
‘Till things are brighter, I’m the Man In Black.

Today I woke up hearing my heart pounding in my brain again.

Today I woke up reading about the vibrancy of racism in America.

“Jews will not replace us.”

Today I woke to wonder why more people aren’t outraged.

So I put on black.

Then I drove to my office.

I have this song on repeat.

Then I read about the terrorist attack that just happened in Barcelona. 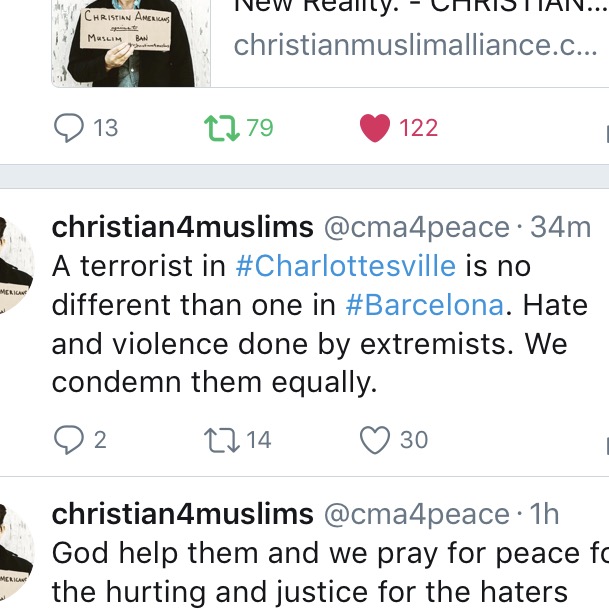 I pray for the injured and their loved ones. I then try to go back to work.

Might seem foolish to you, but I’m wearing black.

For Heather Heyer, and for those who died in Barcellona.

« Christians: Get Over The Fable That Jesus Was Always Nice.» Next Post