When I was a child my parents made me go to mass every Sunday. When I was a pastor, people expected me to show up. But today nobody really cares that much if I go or not.

I wonder if God cares.

I really do wonder. Because I used to think church attendance was a big deal to God. But if I’m totally honest, there seem to be other things for him to be more concerned about. Like famine and bigotry and child abuse and when the rich exploit the poor.

I think some pastors are tempted to say God cares a lot because their paychecks and buildings depend on people showing up and giving money. I hate to say that but I know there’s truth to it. Some senior clergy have told me over the years that it’s a big business in many ways.

I lost a lot of my faith in the American Evangelical church during the election cycle. All the silence from the pulpits on some hateful words of President Trump. It was once the case that such immorality was openly spoken of and rejected by clergy. But not this past year.

I wrote about the bigotry, and xenophobia and how Muslims can be part of the Body of Christ.

I wrote about who were the real Christians in America.

I’m not saying that attending church doesn’t have amazing benefits. I’m not saying that church attendance is encouraged in scripture. And I think being reminded about many of the wonderful tenets of sacred texts are foundational to a living a good life; it’s good to be reminded of stuff.

It’s also important to be in community with others who share your beliefs. This is true not just for Christianity, but for any spiritual practice. It’s what community is all about.

But there’s no Bible verse that says, “Go to church every Sunday.” If people want to talk about the Sabbath, that is on Saturday. So if we want to get technical, Christians should go on Saturday, like the Jews do.

These days, when I write about my faith journey, I sometimes feel that serious Christians are reading this and really getting angry.

But I like to write what I think. I think it’s important that more Christians do this. Like Solomon did in Ecclesiastes.

Be honest. Share your heart and observations. Get a conversation going.

I felt enraged. To all the men who had yet to have a burning-bush-lust-eradicating experience, keep waiting and too bad.

I think it would have been better had he said, “Of course I still struggle from time to time but it’s nothing like it once was.”

That would have seemed more realistic. More honest.

Whenever people talk about their own sins in church, they usually talk about safe little vices. Like impatience. Or eating too much chocolate. Those are safe sins to talk about.

Nobody would ever talk about cheating on his taxes.

Evangelicals really seem to like talking about the sins of non-Christians. All those drinking, carnal, hedonistic, liberal, godless,  souls.

It’s weird because Paul the Apostle told Christians they were not to judge non-believers. They were supposed to judge believers: “What business is it of mine to judge those outside the church? Are you not to judge those inside?” (1 Corinthians 5:12).

If you look at the life of Jesus and Paul’s letters, about all they are doing, is telling the Christians to start acting like Jesus, especially about caring for the poor and marginalized.

Some people decide to get into small house groups in addition to Sunday church. Those can be helpful. Because there’s a better environment to share about your life. But those groups can be dangerous. One friend of mine came out and told the group she started a relationship with another woman — and that they were in love with each other.

The concerned souls tried to counsel her away from loving this woman. They used Bible verses and prayed and told her it was all out of their “love” for her.

I guess they thought they were judging her the way Paul instructed them to. But none of the concerned ones, I presume, talked about their own struggles with lust or greed or consumerism or hypocrisy. Or, especially, with self-righteousness.

They just all focused on her and her “sin.”

My friend left the group, never to come back.

And I don’t blame her.

You are either honest are you are not.

I came across the quotation by Leo Tolstoy recently. It was from his journal. From 1905.

“A state of depression. I began to think it’s because nobody loves me. I started counting up all those who don’t love me. But then I thought, why should people love me? There’s really no reason. It’s only up to me to love; what they do is their affair. And people do love me much more than I deserve. Then during the night I thought a lot about myself. I’m an exceptionally bad, vicious man. I have all the vices, and to a very high degree: envy, and greed, and meanness, and sensuality, and vanity, and ambition, and pride, and malice. No, not malice, but bitterness, deceitfulness, and hypocrisy. Everything, everything, and to a far higher degree than the majority of people. My only salvation is that I know it, and have been fighting — fighting all my life — against it.”

Being a part of a church family is a good thing. Some of the best times of my life were when I was actively serving in church. So if you think I discourage attending church, far from it.

My hope is some of you will read this and try to find a way to cultivate a deeper value and practice of honesty within your churches. Especially if you are a pastor.

“Indeed, there is no one on earth who is righteous, no one who does what is right and never sins” (‭‭Ecclesiastes‬ ‭7:20‬).

We need to come clean on our crap.

We need to realize that we — all of us — are exceptionally bad, vicious people.

* It’s important to note that the root in vicious is the word, vice. It’s synonymous with the word sinful. 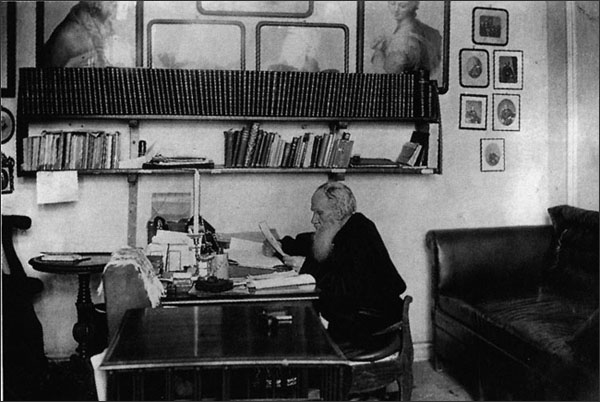 « Politics Today – From Portland Healthcare For All » 61 Reasons I’m Going To The Hottest Place On Earth Tomorrow.