This Christian American Republican Is Mad As Hell.

I’m going to make it a better day later, but this morning, I woke up mad as hell.

I’m not moving. And I’m not a liberal. People that have been lifelong Republicans and voted for Reagan, Bush, Dole, Bush, McCain, Romney, Kasich — liberals don’t do that.

Because I am a Christian, an American, and a Republican. In that order.

In fact, it is precisely out of my Christian faith, my love of this country, and my love of the Republican party, that I’m mad as hell.

And, kindly, I ask you to not misinterpret this post as a lack of patriotism.

For we all should know by now this was a nation founded on dissent, which is why Thomas Jefferson deemed speaking-out not to be “fake news,” but a form of patriotism.

Right now I’m doing what I always do on the 4th of July: blasting American roots rock, my favorite music in the world. Mellencamp and Petty and Springsteen and Seger.

The songs always sound better on fourth than they do on any other day of the year.

I just heard this. Mellencamp’s Justice and Independence ’85. It made me think:

“He was born on the 4th of July,
So his parents called him Independence Day,
He met a girl named Justice who gave birth
to a son called the Nation,
And she walked away

“Independence would daydream and he’d pretend,
That some day him and Justice and Nation’d be together again,
But Justice help up in a shotgun shack wouldn’t let nobody in,
So a Nation cried…”

This week, the injustice of banning an all-female team from Afghanistan, hoping to take part in an international robotics competition. 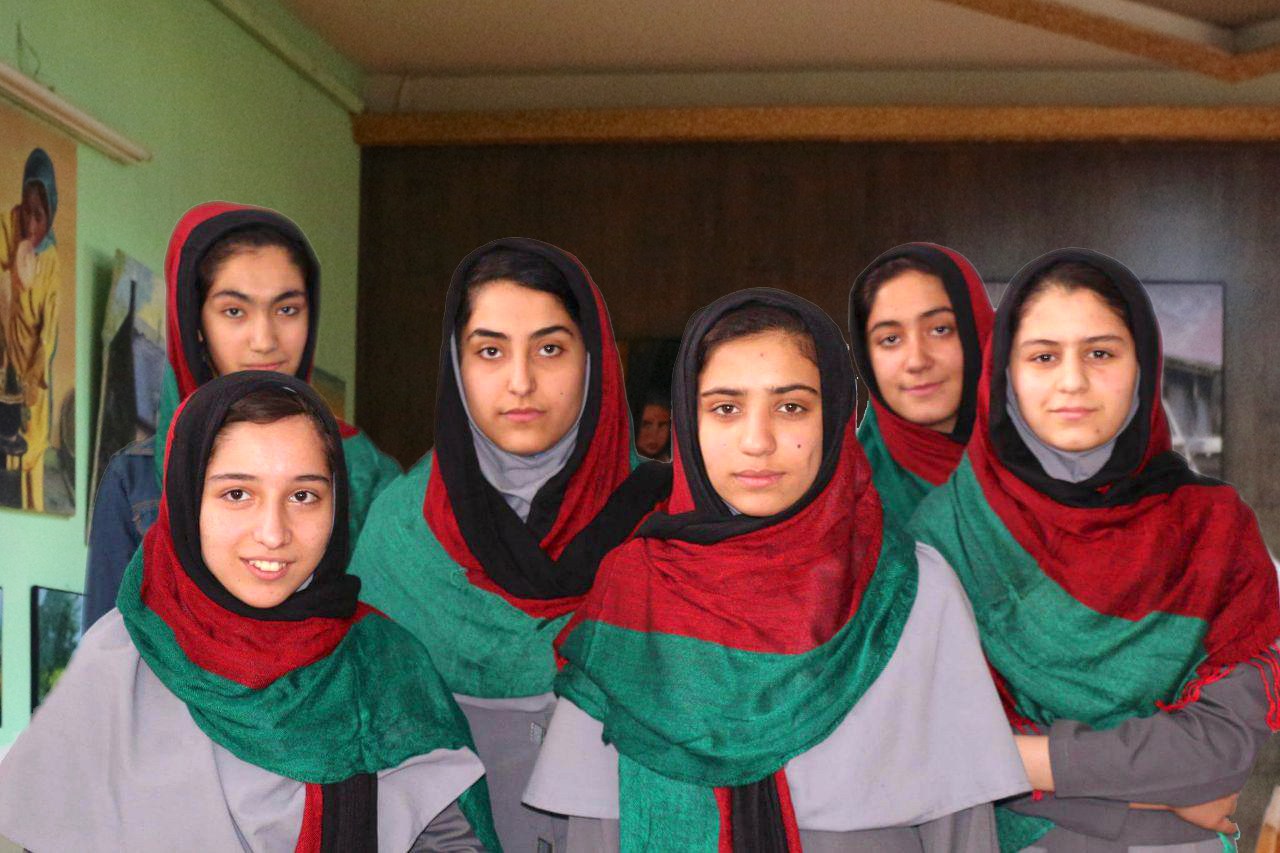 Six teenage girls that, twice, made a perilous 500-mile journey. To the American embassy in Kabul. Through an area where a recent suicide bombing left 90 dead. Risking their lives, so they could get their visas. So they could experience the country we all celebrate today.

When did we become such cowards?

But let me get this out. Will you?

You see, I’m the child of foreigners. Mom came here in her teens. From Italy. After WWII. They were so poor that my grandfather was forced to roam the hills so he could scrounge up anything to feed his family.

My mother, born in 1942, was a child. Like one of those today in war-torn Syria. Living in the hills because the German soldiers had occupied their village.

Their country had been pillaged by an enticing form of government: radical authoritarian nationalism characterized by dictatorial power and suppression of opposing voices. It’s called fascism.

Hitler came to power on the fascist slogan of “Making Germany Great Again.”

Mom and her family arrived to the land of the free. And immediately faced discrimination. Because a bunch of paranoid conspiracy theorist politicians thought the Roman Catholics were trying to infiltrate the government. Take over America. And you’ve gotta protect America.

And all their constituents bought into the fear mongering.

And they didn’t even need Twitter to get their message out.

Nixon knew that when he said, “People react to fear, not love; they don’t teach that in Sunday school, but it’s true.”

And politicians know it.

So they exaggerate the fear. And build a base of followers.

That’s exactly what Hilter did.

My grandfather and uncles were those mocked by the whites as dagos.

One uncle changed his last name from Zeppetella to Baker. Another uncle pretended he was a very shy Mexican. He would just learn a few of the Mexican sayings — the Mexicans were better received than the Italians and made more money.

The Mexicans were less foreign than the dagos.

It’s always better to be less foreign because fewer people will be suspicious of you.

Mom was mocked. For being Roman Catholic. For being Italian. Ridiculed in high school. She worked as hard and as fast she could to learn English and get rid of that accent.

Her name was Maria Louiga Zeppetella. They told her to change it so she can fit it.

I remember family vacations as a kid. Being at the Colorado River. My grandparents always came. On our family boat. “Nonno” would sometimes cry. “If my family back home could only see my life, what a great country America is.”

Dad is Mexican. Remembers the “No Mexican” signs and the segregated schools. He was a lighter skinned Mexican, so he got to go to school with white kids.

The bigots didn’t hold him back. He bought a house when he turned 18. Started a business. Worked his ass off. Succeeded.

I grew-up hearing his political sermons. All of them centered on the virtue of personal responsibility. Hard work. Family. And his many sayings: “Looking for a helping hand, try the end of your sleeve.”

He raised us to not expect any handouts.

Dad only drove Chevys. Still does to this day.

I graduated from high school and voted for the first time.

I remember the feeling of pride in that cardboard voting booth and voting Reagan. Reagan was tough, and yet respectable.

I worked as a waiter after high school. I saved the tips in cigar boxes. Then I went and bought the car of my dreams. A flawless 1954 Chevy Belair as a 19-year-old. For $6,000 cash.

I went bought an American flag sticker and put it on the rear window.

I went and got a tattoo. An eagle. On my left arm. When I got that tattoo over 30 years ago at The Pike in Long Beach, I told Dave “Give me the Proud Bird of Freedom, right here.” And I slapped my left bicep.

I picked the biggest and fiercest looking proud bird of freedom I could find. 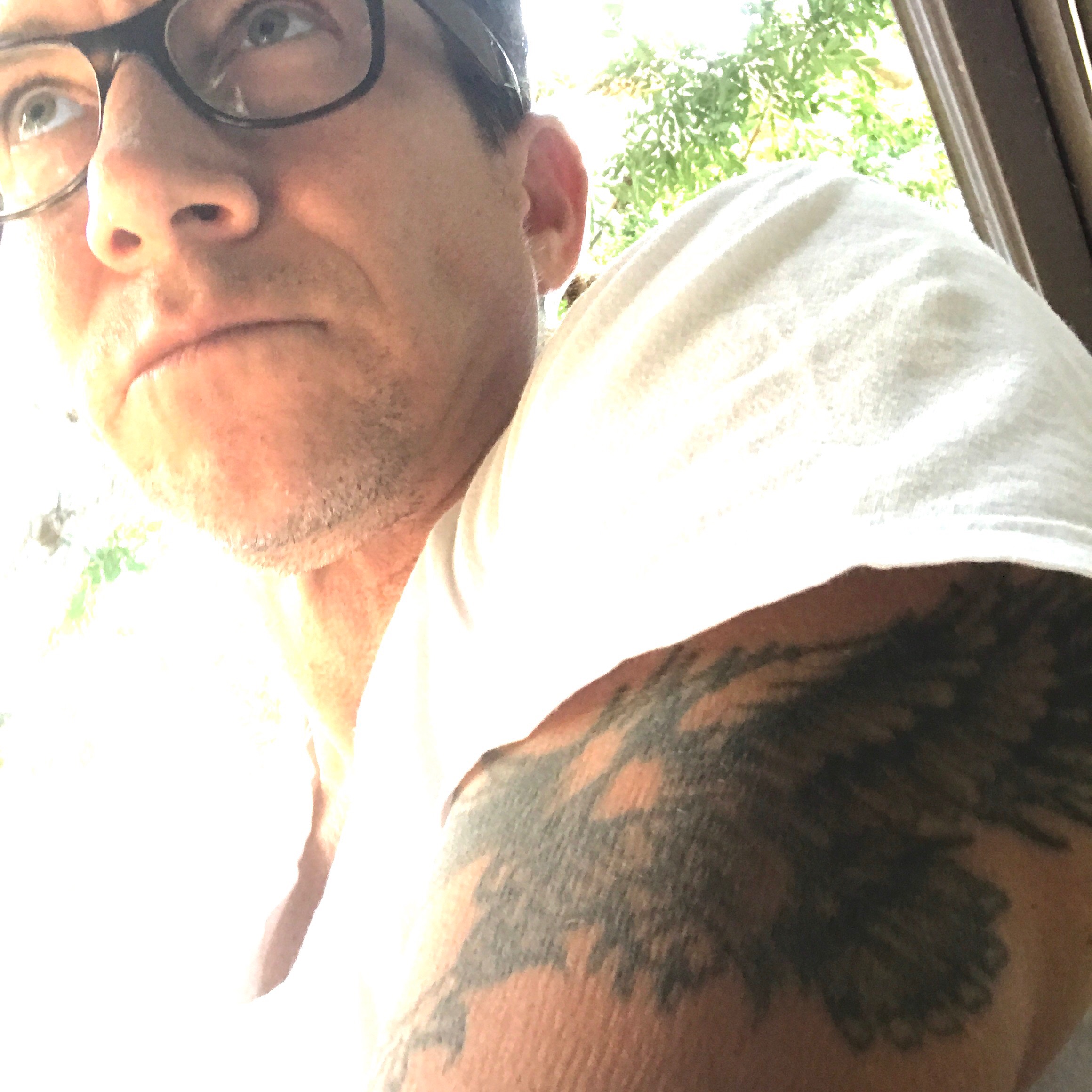 I remember the feeling of pride. Pride in my country. Pride in our President. Pride in being an American.

A year later, sitting in an American diner with friends, I saw a WWII painting on the wall. It was of a baby* riding a WWII Navy bomber. With the word Victory. She was waving the victory sign.

I drove home. Got my camera. Returned. Took a picture of it. I returned to The Pike for the second time.

The eagle was a symbol of freedom. The freedoms espoused in The Constitution of the United States of American.

Freedom of the press.

Freedom to worship freely in whichever way you wished. 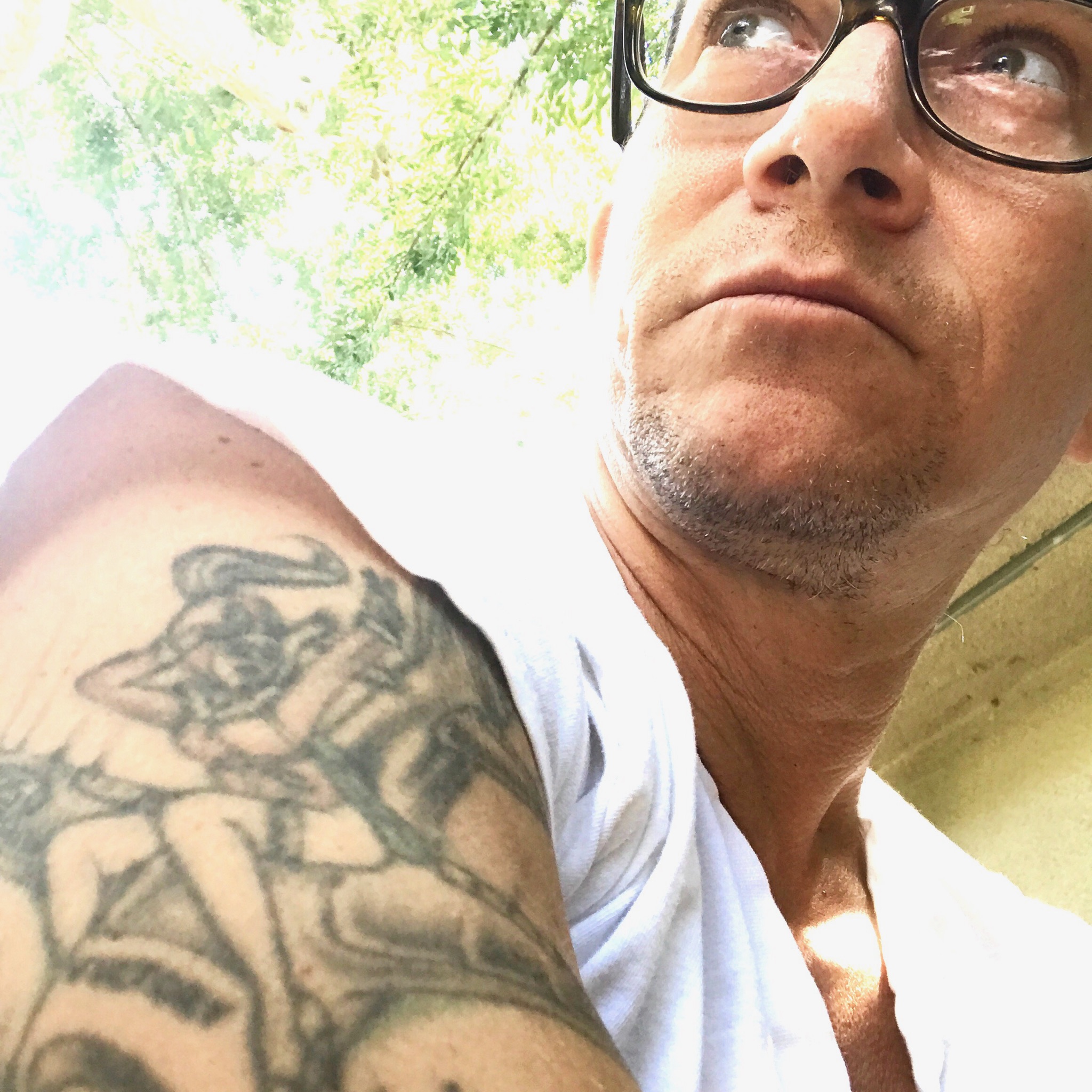 The plane and the word victory and that victory symbol meant something to me back then. We fought wars against ideologies that discriminated against people because of their religion or race or ethnicity.

We lost our sons and daughters. We smashed their evil ideology. People were freed. Watch Schindler’s List.

Victory to me meant I was part of a nation that stood for freedom for all people.

But nobody could argue with the things that have made America great. The power of letting the people vote to choose their leaders.

The incalculable amounts of aid given the world’s poor (Bono made this clear at the Rose Bowl a few months ago, as he screamed “Thank you America.”)

In 2010 white evangelicals were the most likely group to say morality was important in a president. That’s also part of the reason I’ve always been a Republican. It was the party where “character counted.”

At least they said it counted.

And character matters in leadership, more than anything else.

I believed they would honor the dignity of all citizens, including the immigrants and minorities — people like my parents.

These men would uphold the principals Bono spoke of: caring for the outcasts around the world, because The United States of America is part of a global family, and has been for decades.

And they would try and find ways to help those in need, and yet try and espouse to the idea that personal responsibility is one of the greatest forces on the planet — the whole teach a kid to fish idea.

This fourth of July, my people — American, Christian, Republicans — have gone another way.

That criminal Putin hacked into the very aorta of our democracy — our elections. I don’t give a damn which party you are part of; he attacked America.

And our President does nothing but defend Russia, and blame… President Obama. Let me say that again, 17 U.S. intelligence agencies — those who protect our country from those who would wish to destroy us — determined that Russia tried to mess with the heart of our democracy.

Our president does nothing. Those so-called patriotic Republicans that support him are mute.

A president who wants to ban immigrants and refugees, even though statistics overwhelmingly prove they are no more dangerous than my grandparents were?

I wrote about things that Donald Trump said about women and minorities. Here.

I wrote about the white nationalism that was at the heartbeat of his campaign. Here.

I wrote about the outlandish idea that we are under the grave threat of terrorism. Here.

I’d hear rumblings: “What’s gotten into Paul for his anger?”

I’d wonder, What’s gotten into them for their apathy?

Trump was elected into office in January.

I said he would be my president, assuming he acted with character and maturity.

He attacks the free press — the bedrock of our Constitution.

He mocks women and insults their looks. In writing.

He posts a video of him physically assaulting CNN, which is part of the free press.

He bans the world’s most vulnerable people, refugees, from safety. No refugee has never killed an American.

We are a land of immigrants and refugees.

My family is proof.

*The original painting was of a baby but pinup girls were way cooler. 😉

« Church And What Silo Do You Live in?» I’m Not Leaving America, No Matter What They Say.