Friday Freewriting: What Will She Become?, “God Will Take Care Of It,” My First Trendy Tennis Shoes.

There’s a little girl. Probably around three. Long blonde hair. Sitting next to her mommy. No, she’s kneeling. On a brown chair. Mom is on a brown chair, too. Wearing a denim jacket.

She’s wearing a pink dress, the three-year-old girl. Or, maybe it’s pajamas. She’s playing with an iPad. Watching a cartoon. Her mom is deep in a conversation — with another lady who is sitting at the other end of the table. 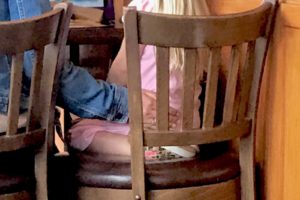 Nothing more interesting than people. So I sometimes write about the ones I see.

I wrote about a beautiful woman and religious fanatics HERE.

I wrote about a mom and her ballerina daughter and two firemen HERE.

I’m listening to the song Highway Patrolman. It’s from Springsteen’s Nebraska album. I heard the album was recorded in his kitchen. Way back in the 80’s I think. Well before Garage Band.

I wonder who the little girl in the pink pajamas will one day become.

I just noticed she is wearing slip-on Vans. Leopard skin. I have a pair of Vans but I never wear them.

Growing up, only the cool kids had Vans. There were no other surf/skate shoes out there. And there were only three or four colors when I was a kid. Navy blue was the most popular. And there was red. And White. And light blue. That’s it I think.

My mom never bought me Vans. The first pair of non-generic shoes I ever got were Adidas. Stan Smiths. Those have made a comeback. I was around 13 or 14.

There were no slip-on Vans when I was a kid. But when the whole New Wave music thing came out, they came out with the checkerboard pattern. Black and white. They were for punkers.  I think they came out with slip-ons at about the same time.

When the skateboard craze hit, they came out with the one with the squiggly line design.

Vans are still around today. The other day I was at Jack’s Surfboards with Edison. His Converse were getting shabby. I saw the skater Vans again. Thought how that line was not as smooth as the Nike swoosh. Just a squiggle. 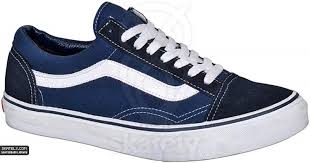 And Vans, this line that the three-year-old girl in the pink pajamas could have easily drawn.

There’s a lady with an infant. He’s in a stroller. Maybe a week or two old. He’s all tucked in. His blanket is a pattern of balls. Basketballs. Baseballs. Footballs.

I wonder who the baby with the blanket with balls will become.

The tall man with the Titleist cap.

I wonder who he has become.

There’s this lady that seems to be staring at me. Or she’s looking at someone outside. But like it has been a full minute. I keep looking up then I look away. I swear she’s starting right at me. She’s  slovenly dressed. Not that it matters, but that’s what she looks like. And she’s probably around 40 years old.

But I lived in a snobby part of London. So maybe it’s just in the snobby parts of London that it’s considered rude to chew gum.

I remember I made five bucks when I was a kid. Probably around 11 or 12. I rode my bike to this liquor store a couple of miles away. I spent all five bucks on gum. It filled my desk drawer to the top. The size of a large Vans shoebox. They had just come out with Bubble Yum. Before that, the only kind of bubble gum you get was Double Bubble. Or those big long bubble gums sticks.

Then they came out with a kind of gum with liquid in it. I don’t remember the name. I think it was always mint flavored. I think the liquid was green. It wasn’t really liquid, though; it was more like thick syrup.

Anyway, yesterday Trump bailed out of the Paris Climate Agreement yesterday. Funny, over 61 mayors of large cities are sticking with the regulations. Los Angeles and New York and Pittsburg and Chicago. They are all going to follow what over 190 other nations have agreed to keep our planet clean and safe.

We live in a great country. Great, in many ways at least. These mayors are free to influence their jurisdiction. Trump can’t do anything about these mayors’ decisions. Governor Jerry Brown is on his way to China to find ways to keep California to the same regulations as it was under the Parris Agreement.

For people of faith, it’s said that it was God that created the universe. It’s his. And he told us to take care of it. I’d think one of biggest no-brainers would be to take care of our planet. In every way. Reduce pollution. Recycle. Conserve energy.

In the Bible, God said to.

But many Christians don’t really seem to see this is important. It just doesn’t bother them much.

Yes, he is a Republican and yes he is a Christian.

As a Christian and a Republican, these kinds of comments make it really hard.

Does this guy not think that diet and exercise and smoking and drugs don’t have any influence on how long we live?

Doesn’t matter what I do to my body? God will “take care of” it?

I wonder who that congressman has become.

I know what he is.

Every Friday, I set my timer on my iPhone for 15 or 20 minutes. Then I start writing. I don’t stop. I write whatever pops into my mind. After 15 minutes, I go back and quickly correct all the blatant typos. Then I publish it on Paulosophia.

« This Is Why.» Today’s First World Problem: The Big, Older, Hairy Man.