That Time I Played With U2.

May 19, 2017 By paulosophia in Spirituality Tags: my life, spirituality 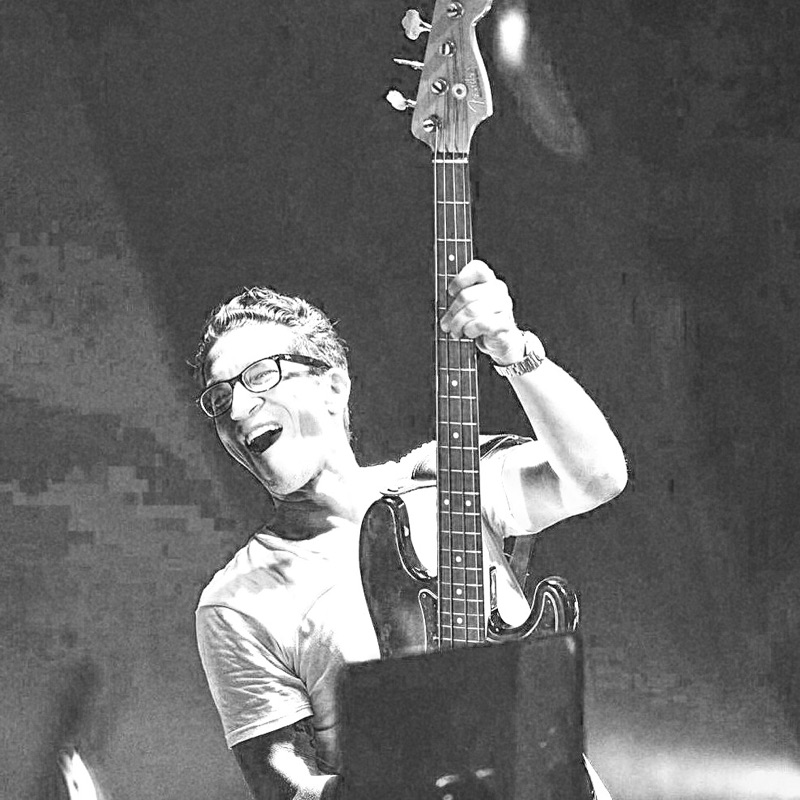 It’s Sunday night. This Sunday night, May 21st, 2017. At the Rose Bowl. For the Joshua Tree tour. I’m standing with Gina.  We have good seats.

“What the heck is wrong with him?”

The ambiance and the energy and the anticipation — suddenly it changes.

A few doctors immediately attend to him. There’s a strange stir amongst the 100,000 fans.

All wonder what’s next.

I’m thinking of my dream.

Perhaps more than any other rock band in history, U2 is driven by bass. You know some of the lines: With Or Without You, I Still Haven’t Found What I’m Looking For.

You’d think they must have a backup player for incidents like this.

How does U2 pull off a full concert without bass?

We all have dreams. Crazy ones. You know what I mean? Like having dinner with the person you idolize. With your favorite politician, or author, celeb.

If you watched the Academy Awards a few months ago you saw those tourists have a crazy dream come true.

The organizers of the show stopped the bus and had them exit at the back part of the Kodak Theatre. Told them they were going to get a special tour. Something like that.

There were around 15 of them.

The tourists had no idea of what was to come.

Then the plan was to have them ushered through side door right smack into the front row of the whole dang show.

Suddenly these random people who thought they were doing some lame guided tour of Hollywood are literally meeting the biggest actors in the world, with tens of millions of people watching them on television. I’m sure you can find the scene on YouTube. You really have to watch it.

The expressions on their faces. You couldn’t describe them. Beaming? Astounded? The I CANNOT BELIEVE THIS IS HAPPENING RIGHT NOW look.

Their experience was, in a quite literal sense, once in a lifetime. Suddenly hugging and doing selfies with Merrl Streep and Matt Damon, Denzel Washington, Ryan Gosling, Nicole Kidman, Emma Stone.

Those kinds of things never happen.

But it did on February 27 of this year to around 15 unsuspecting tourists.

So those kinds of things do happen

Then Adam gets on his feet. Wobbly. Assisted by a team of doctors. Leaves the stage.

Bono grabs the mic. “He’s okay folks. Got the flu. Don’t worry. We prepare for things like this.”

Bono says, “Is Paul Martin in the house? If so, can he come to the stage.”

This is a freewriting piece (see below), so I don’t have the time to drum up some story of how he came to learn that I, too, was a bass player. Or how he’d ever know me. Me, one of the common folk.

All I know is I’m suddenly raising my hand, eyes fixed on the stage, rushing down my aisle. One of the security guys sees me. Ushers me up.

I feel out of body — like those 15 tourists who were suddenly shocked in disbelief.

Bono grabs me around the neck. “I need you for a song or two. Our backup player got stuck in traffic. He’ll be here in 15 minutes or so.”

Bono: “Adam is dehydrated. He’s had the flu. They are going to give him fluids.”

I try and play it cool. But I am not cool.

Me: “No problem, man. Can we start with the first three songs of the album? I know those ones cold.”

Bono: “Perfect. Let’s do this thing. And make sure you have fun.”

The strap needs to be adjusted.

Then it’s time for me and the rest of the band.

Where The Streets Have No Name.

And soon I’m pounding those 16th notes in that section between the first chorus and third verse.

And I think I’ve gone to heaven.

The Edge meanders over to me and shoots an approving wink.

There is magic in this moment.

Then I Still Haven’t Found What I’m Looking for.

For some reason, I think of my Dad. I don’t even know if he knows who U2 is.

I think of Elliot and Edison and Bree.

I know there’s a God.

I know there are special kinds of energies.

I know this is a spiritual moment.

I know I believe in the sublime.

I know right then that there are moments in life that are so good that you go out of body.

With Or Without You.

A 15-year-old girl named Maria hums along. She’s laying on her bed in her pajamas. Doing biology homework. She lives nearby. She hears the music. She hears my bass.

Her experience of the bass notes I play is different than mine.

Same notes, different experience. She has no idea.

I’ve fantasized about this moment with me and U2.

I’ve told my kids about it.

“If there’s thing in the world I would rather do more than anything else it would be to play bass with U2 for Where The Streets Have No Name in front of tens of thousands.”

Sometimes when I’d tell them my fantasy, I’d act it out, like I’m playing, throwing my right hand into the air. Making one of my bass playing poses.

When they were younger they’d giggle but mostly just roll their eyes at their weird dad.

Sure, I’d like to have dinner with Henry Kissinger. Spend a few hours with David Brooks or Colin Powell or Toni Morrison and especially Bob Dylan.

But to play these few songs on that stage with Bono and The Edge and Larry.

There’s nothing on this planet I’d rather do.

My moment ends as fast as is started.

Adam is back on stage.

Bono walks over: “Adam got an IV and drank some electrolytes or something. You were amazing. Thanks, mate.”

Adam walks up to me: “I couldn’t have done it better myself. Cheers.”

Bono grabs me around the neck. Adam pulls my right hand into the air with his.

Bono into the mic: “A big thank you to our friend Paul.”

I exit to the right stage. Walk down the four stairs.

I stumble in shock and disbelief back to my seat. Gina kisses me on the right cheek.

I’m back with the common folk.

Every Friday, I set my timer on my iPhone for 15 or 20 minutes. Then I start writing. I don’t stop. I write whatever pops into my mind. Some people call it stream of consciousness. After 15 minutes, I go back and quickly correct all the blatant typos and make a few edits. Then I publish it on Paulosophia.

I started freewriting in the early 1990’s because I had read this short article called “Freewriting.” I was a horrible writer back then, with the most severe writers’ block. The article said you have to write WITHOUT STOPPING. For a fixed period of time. Even if you have to write the same word over and over again. Over time, you get better, and more confident.

I can’t count how many freewriting exercises I’ve done over the years. Thousands for sure. I still do them almost daily.

If you haven’t, you should try it!