PenPaul: My New Pens and Appearance Vs. Reality

April 3, 2017 By paulosophia in Politics Tags: my life, philosophy 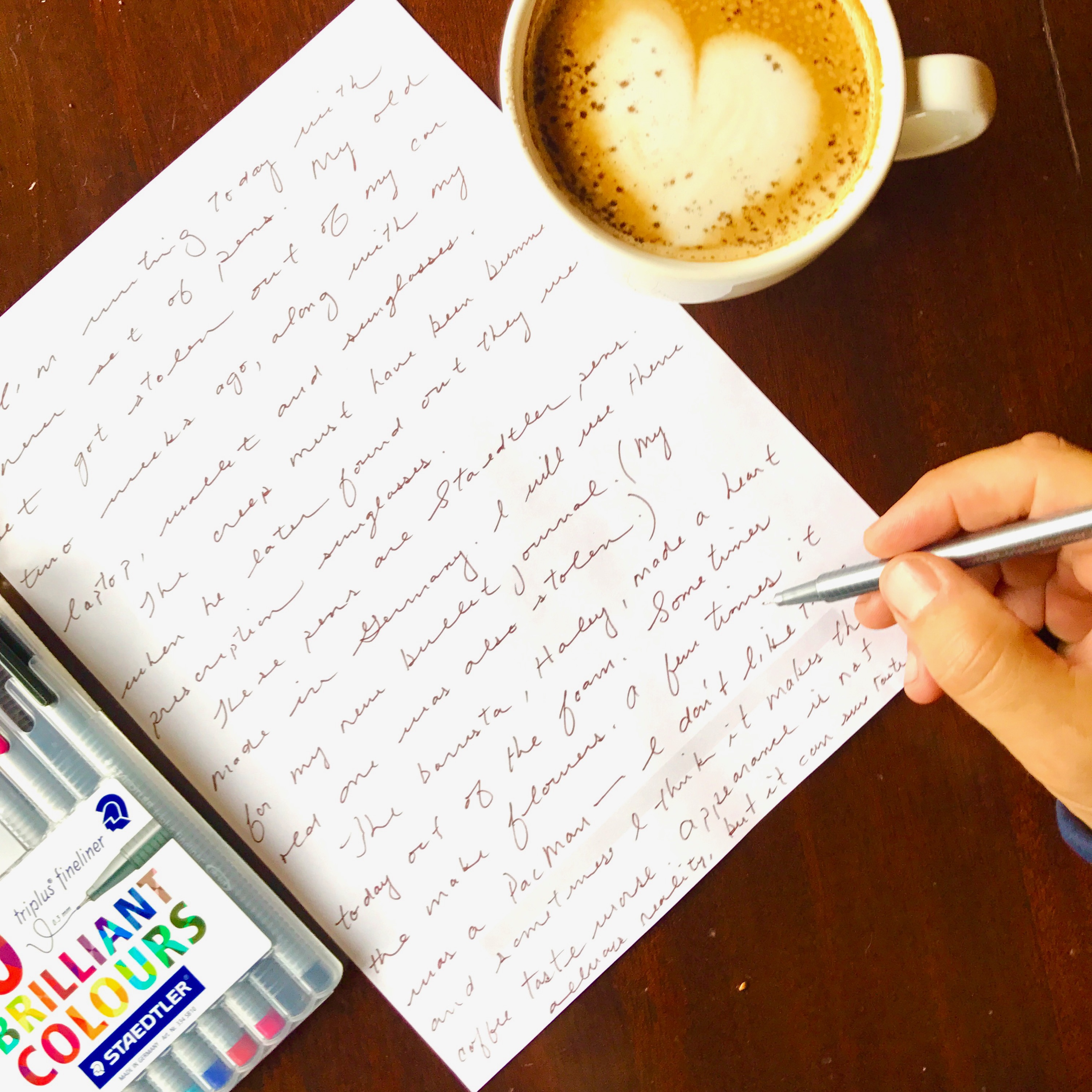 I’m writing today with a new set of pens. My old set got stolen out of my car two weeks ago, along with my laptop, wallet, and sunglasses.

The creep must have been bummed when he later found out they were prescription Raybans.⠀

These pens are Staedtler pens. Made in Germany. I will use them for my new bullet journal. (My old one was also stolen.)

The barista, Haley, made a heart today out of the foam. Sometimes they make flowers. A few times it was a PacMan — I don’t like those and sometimes I think it makes the coffee taste worse.

Appearance is not always reality, but it can sure taste like it.

Afterthoughts: The whole subject of appearance versus reality is just one of the most facinating topics there is. There’s that Bible verse that says something like “charm is deceptive and beautiful is fleeting.” The point is that charm, beautify, externals, facades — they are all appearances.

And I think our culture is just way way too focused on appearances. Look at Donald Trump. Sorry if you are one of his supporters, but he was a master campaigner at appearing to be one who could simply get things done, cut deals, not act like a “stupid” politician in Washington.

But what he sold was mere appearance. Reality is that getting stuff done as President is harder than just tough talk, or signing some Executive Order.

We have courts for laws.

We have congress, too.

In relationships, it’s just hard to distinguish between the appearance of an “honest person” versus the reality of a true person of integrity.

All to say, when they make a design of a PacMan on my latte, I resist the appearance, and it think it actually alters (in my mind) the way I experience the coffee. But the reality is that it tastes the same.

« Skipped Church Today But Found God In Odd Spots.» I’m leaving For The Desert To Pray For Syria