April 21, 2017 By paulosophia in Relationships, Religion Tags: my life, religion

Do you lose things often? I feel like I’m a first class loser. I got a new wallet for Christmas. It was a Bosca wallet. Brown. Made in Italy. I don’t know why but I love almost anything that’s made in Italy. I loved the smell of it.

But I lost it.

I think it fell on the street at UCLA when I got out of the car to drop Bree off from a day trip we took to Santa Barbara in January.

So I got a second Bosca wallet. Lost that one, too.

A few weeks ago my car got broken into. I’m pretty sure I forgot to lock the doors. The thug stole the second Bosca wallet.

I lost my favorite plaid shirt sometime this year. No idea where.

I lost my iPhone 7 last night. I left it in the Uber.

I found out I lost my iPhone a few minutes into dinner at the restaurant called Memphis. We sat in the patio. The waitress’s name was Gina. She made the best first impression you could ever imagine. Me and Gina and Gina chatted about the name Gina for a while.

When Gina left to get our drinks, Gina and I talked about the power of first impressions. I told Gina that I need to get better at making first impressions because I’m such a grump sometimes I think people might think I’m moodier than I actually am.

While we were talking about first impressions, that’s when I noticed my phone was gone. You know that panic feeling? You start grabbing your pockets and shuffling things around the table?

One waitress brought a flashlight and I was on my hands and knees under the chairs.

We ended up using Find My iPhone and then called José, the Uber driver. He was having dinner with his family in Orange.

I thought it was cute that he went from driving us to dinner to going to have dinner with his family.

Avery, Gina’s daughter, came to pick us up from Memphis. Then we drove to get the phone from José. We gave him $20. He took it. I wondered if it wasn’t enough, or too much.

Oh, I forgot to say that we Ubered to Memphis becasue we had earlier locked ourselves out of the house. Gina had found a peanut on the seat of my Prius and accidentally touched it. I think it was left over from the trail mix I brought with me the previous week during my trip to Joshua Tree.

Gina has some kind of peanut allergy. So she had to go into the house to wash her hands. I waited in the Prius. When she got back in, she realized she had locked the Prius keys in the house.

So we tried to get into the house but, of course, all the doors were locked.

In life, we never realize we’ve lost something until we need it. When I dropped the wallet at UCLA I didn’t realize it was gone until the next morning — when I needed it.

My first Bosca wallet was gone, but it wasn’t lost.

Misplacing stuff is a much better misfortune than losing stuff.

And my problem is that I don’t just lose things. I misplace them, too. I misplace stuff all the time. I have theories as to why we misplace things. One theory is that we have too much stuff. And with all the stuff we have, there’s just no logical place to keep it all.

The second theory is that there are particular things for which there are no natural homes. Butter, for example, goes in the refrigerator, in that little butter door. You never lose butter because you know exactly where it belongs.

But other things? There is no natural home. In my case:

– Lighters used to light candles and the fire in the fireplace

I wave the white flag.

I lose things. So do most people.

I accept that in certain mental respects, I’m a loser.

I started reading Salinger’s Catcher In The Rye. It’s one of those classics on a very long list that I’m embarrassed to say I’ve never read.

And I didn’t want to read any more self-help books. 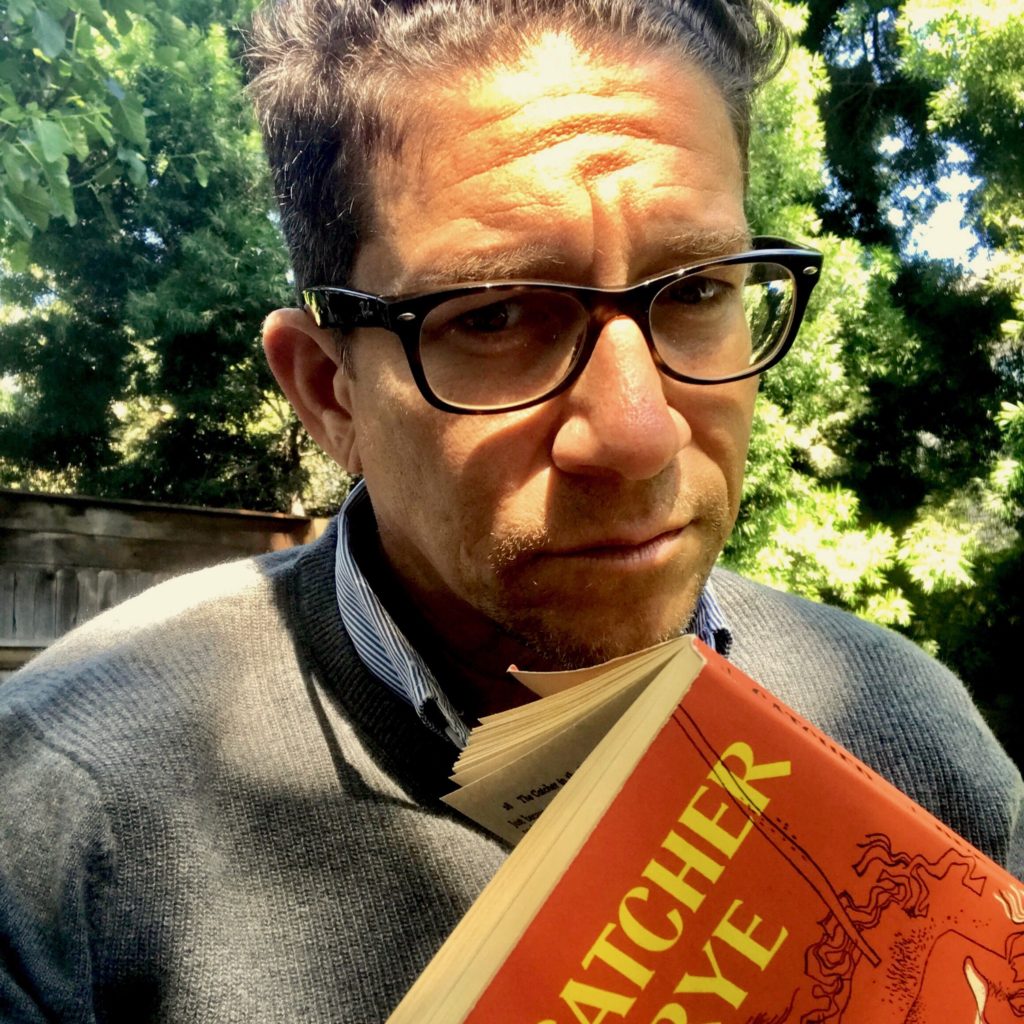 Even if I hated this story and the book was 5,000 pages long, I’d read the whole thing. I’ve never read writing like this before. The honesty. The rawness. The lack of pretentiousness.

A few dog-eared pages and a few of my favorite quotes, thus far.

About ego: “If you do something too good, then, after a while, if you don’t watch it, you start showing off. And then you’re not as good anymore.”

About irrational thinking: “It’s partly true, too, but it isn’t all true. People always think something’s all true.”

About people: “People never notice anything.”

About marriage and men: “Girls with their legs crossed, girls with their legs not crossed, girls with terrific legs, girls with lousy legs, girls that looked like swell girls, girls that looked like they’d be bitches if you knew them. It was really nice sightseeing, if you know what I mean. In a way, it was sort of depressing, too, because you kept wondering what the hell would happen to all of them. When they got out of school and college, I mean. You figured most of them would probably marry dopey guys. Guys that always talk about how many miles they get to a gallon in their goddam cars. Guys that get sore and childish as hell if you beat them at golf, or even just some stupid game like ping-pong. Guys that are very mean. Guys that never read books. Guys that are very boring— But I have to be careful about that. I mean about calling certain guys bores. I don’t understand boring guys. I really don’t.”

About praying and Christianity: “I felt like praying or something, when I was in bed, but I couldn’t do it. I can’t always pray when I feel like it. In the first place, I’m sort of an atheist. I like Jesus and all, but I don’t care too much for most of the other stuff in the Bible. Take the Disciples, for instance. They annoy the hell out of me, if you want to know the truth. They were all right after Jesus was dead and all, but while He was alive, they were about as much use to Him as a hole in the head. All they did was keep letting Him down.”

They killed a guy in Arkansas yesterday. He has (had) a name. His name is (was) Ledell Lee.

The death penalty. Quite the penalty.

An article I read had someone saying, “Justice has now been done.” I guess it’s the eye for an eye and tooth kind of justice?

Anyone who murders is mentally ill, sick, deranged. Catch the dude. Lock him up. Throw the key away. Make sure he never kills again. Kant’s Categorical Imperative.

But to kill those with mental illnesses?

They didn’t execute Ledell Lee. They killed him.

Thou shall not kill.

« What To Expect In Launching Your New Vision: And How I’m Launching Mine.» Spring Sun