The Weirdest Things I’ve Heard In Church (Part I)

I stumbled onto the band, Beirut. They use lots of trumpets.

And I like the trumpets. I’m not sure why.

It might be because my parents used to have albums to this Mexican band called The Tijuana Brass.

Their album, Lollipops and Roses, was of a lady covered in whipped cream. 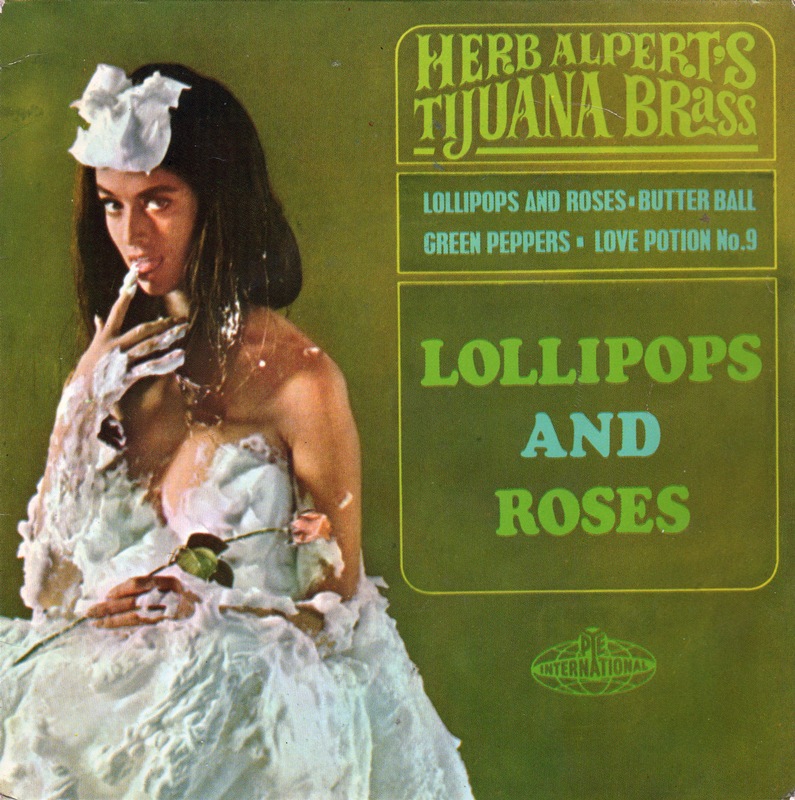 I was just a kid. I wonder what my little mind thought.

I learned later that Herb Alpert did quite well in the music business: the “A” in A&M Records stands for Alpert.

I might like trumpets because I once played one. When I was 4 or 5 I got a plastic model for Christmas. I think it might have been Dad’s idea. Dad is Mexican; trumpets are popular in Mexican music.

I remember the red little rope to hang it around your neck. I bet those ropes aren’t legal anymore.

I have memories of playing along when he’d play Cielito Lindo to my sisters and me. And I remember playing along to Lollipops and Roses.

The noise I made wasn’t pretty, I’m sure. But it didn’t hurt anyone.

I kept the trumpet, but in high school I graduated to guitar.

I started a Christian Rock band when I was 16. I played electric guitar. It was red.  I think it was a Fender Bullet. We named the band JC and the Bee Bops. JC stood for Jesus Christ. I didn’t know how to play leads so on all the solos I played bar chords.

When I was 19, I played bass in a band called Wild Blue Yonder. We used to practice in my parents’ basement. That’s where I kept my old trumpet. Not the plastic one, the real one. Sometimes I’d mess around and play it and Chris and Crystal and Joey would laugh.

One day we got a call to play on the biggest stage in town, Calvary Chapel Costa Mesa, or “Big Calvary” as everyone called it.

Chris, our band leader, had an idea for the big gig. We’d start with the ballad “Off We Go Into The Wild blue Yonder.” Lights in the house would be turned off. Our drummer, Joey, would start with one of those patriotic drum rolls. The vision was to build suspense. Then, kind of like a bugle call, I would play that famous melody.

Lights off. People are clapping. Joey starts the drum roll. Spotlight right on me for the solo.

Trumpets have these three valves. One rarely gets stuck. But when one does get stuck, the air can’t pass through as designed, and often all you hear is a high pitched and terrible squeak.

And my valve got stuck at Big Calvary —  in front of close friends and family and over 1,000 Wild Blue Yonder fans.

The noise wasn’t very pleasant, but nobody was damaged from it.

I played the song with Joey. But everyone was laughing hysterically by then. And the whole trumpet solo suspense building idea was a bust.

There was another kind of fowl noise that came from that same stage, and from the mouths of hundreds of Christian preachers — the idea that all humanity was living in the “last days.”

We were told to read a book all the called The Late Great Planet Earth, which sold millions of copies.

We were told to watch a B movie called “A Thief In The Night” where those who were real Christians vanished out of thin air to heaven, and those who were heathens were left on earth.

All this noise — sounded okay at the time, but it damaged the lives of countless hearers.

I’ve heard some weird things in church before. But this one was the weirdest — a message that the end of the world was upon all mankind.

Most of the things I’ve heard in church have been helpful, encouraging, and, in fact, life-changing.

So stories like this have been, by far, the exception.

But the sad thing is that when people hear a teenager blowing a trumpet with a stuck valve, everyone can recognize it as just awful noise.

But when an adult spiritual leader pushes conspiracy theories packaged with God talk and Bible verses, those damaging sounds are not always easy to hear.

This series is not one about church bashing. I’m not into that. But I am one fiercely devoted to truth.

I think it’s vital that people understand the difference between knowledge and belief. They are not the same. And too much of what is preached out there is sold as knowledge when it’s really just belief.

And the truth is that in my lifetime, some of what I’ve heard from Christian leaders is flatly false. Because of that, people are damaged.

« Let Our Hearts Break For “Them.”» Who Are The Real Christians In America? A Manifesto.