Some People Honestly Don’t Care — Thoughts on #womensmarch AND #whyimarch

Here’s the bottom line: Some people just don’t care. I mean no disrespect in writing this. But I believe it’s a brute fact that some don’t think misogyny is a big deal today. Some just don’t think it’s a problem that women make less money than men. Or, not too long ago, that they couldn’t even flipping vote.

These people don’t care much that men overwhelmingly hold the power in government, and in corporate America — that men are the bosses.

It is precisely because these people that don’t really care, that they don’t see why anyone would need to march.

So when Trump repeatedly attacked Hillary for “not having the stamina,” they didn’t see that as a veiled attack on his opponent, precisely because she was a woman. They don’t understand the tapes playing in millions of voters’ minds that say that men are stronger, both physically and emotionally. They don’t understand that Trump would never have come right out and said, “Women are not as strong as men” — so he just threw out an unfounded accusation of his opponent’s, “weakness.” In doing so, he made himself appear to be more fit to lead.

At the end of the day, today many just don’t really think the cards are stacked against women. And as a consequence, they don’t see the need to march, speak, protest, express their frustration or anger or hurt.

They see the whole thing as “bitching” — another sexist label for women.

The same lack of care is exactly the same with issues of racism and xenophobia. When Trump said the US Federal Judge who was presiding over Trump University couldn’t do the job right because he was “Mexican,” many just didn’t think it was a big deal.

When Trump said 1.6 billion people “hate us” — in spite of the fact that over 3 million of them are citizens of our country, and over 5,000 of them serve in our armed forces — his words didn’t really bother them. 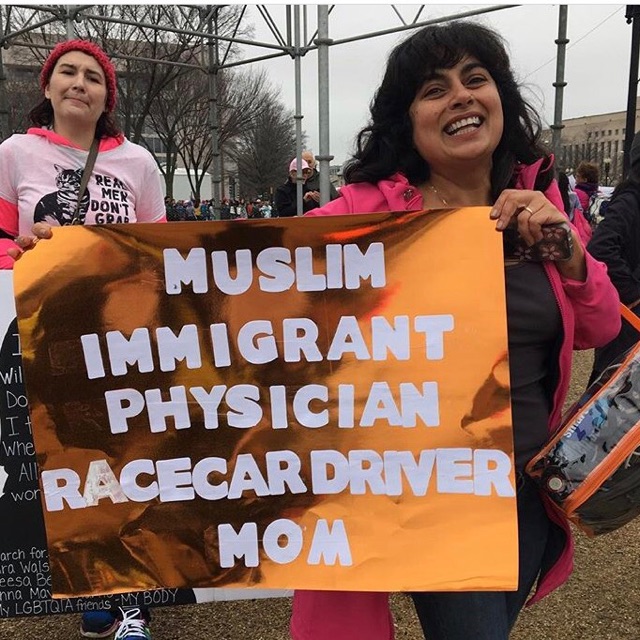 These people that don’t care are mostly white, predominately male, mostly Christian. So they’ve never been on the receiving end of being stalked by some pervert while grocery shopping They’ve never experienced feelings of fear because of these violent groups called “white supremacists.” They’ve never felt labeled as “terrorists.”

And in churches across America, tens of thousands of pastors really don’t care either. And funny thing is that most of these pastors are male. White. Christian. So are, in so many cases, those who make up their boards and elders.

So many Christians see today as unnecessary. They don’t really care because their lives are fine.

I really believe that until white, male church leaders start to care and speak up, these problems will persist. But today people don’t want to be uncomfortable.

Correction, those that are already comfortable don’t want to be uncomfortable.

I’m so happy to see this true grassroots movement today. I feel compassion for women. I think it’s because I really like my privilege; I can’t imagine life without it.

Being a man and white and educated and Christian has opened lots of doors for me during my life.

It still does today.

« Monday Musings: I Cried, I Was That White Moderate Pastor, Tomato Basil Sandwiches» I’m Saying No To Fighting Friends And Family.