Friday Freewriting: Kids Are Good At Nothing, KKK, Real Is Better 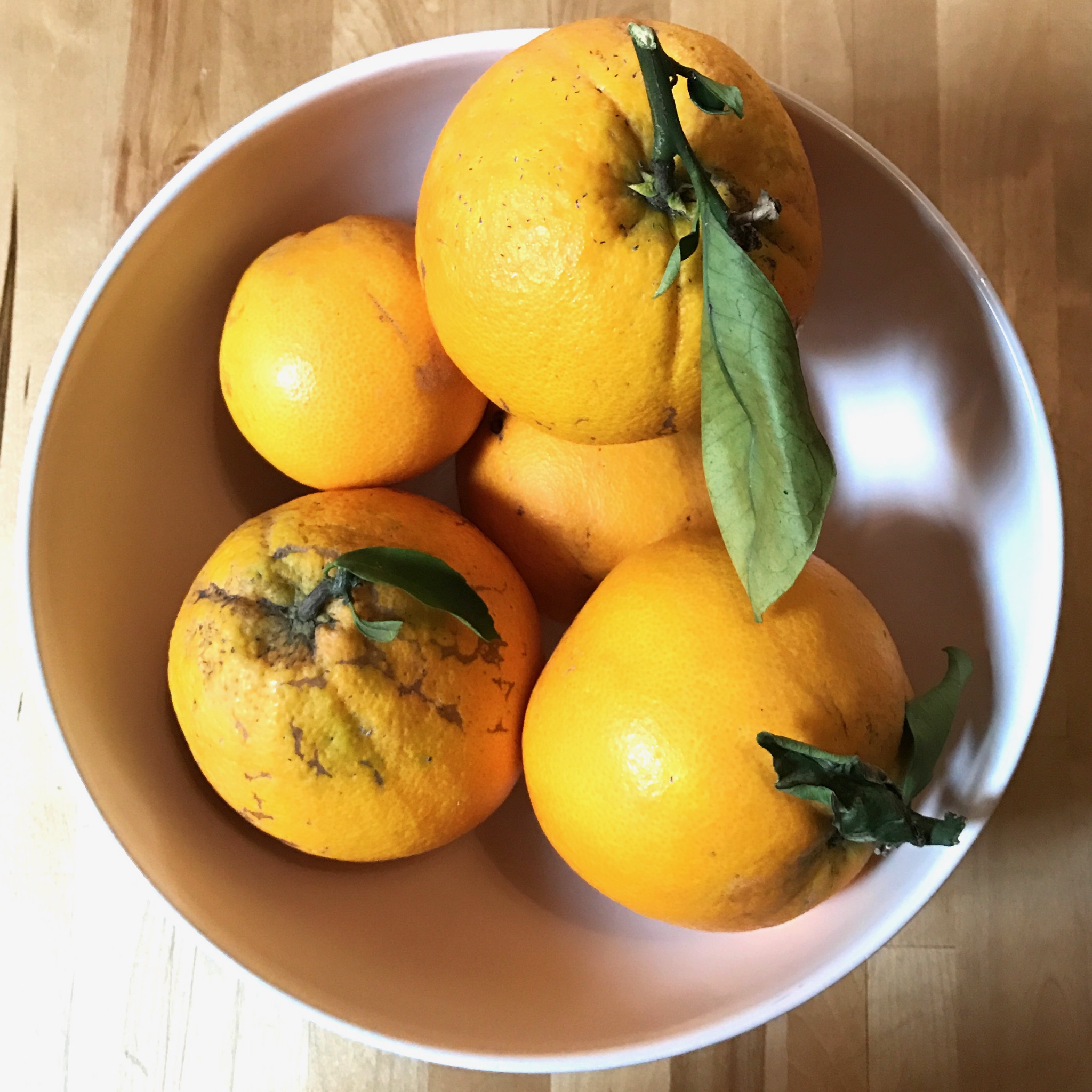 Walked into the office today. Somebody put these on the counter to share. And I took this picture. Real things are better than fake things. Even if they still have dirt on them. I think I prefer them with the dirt, actually. More like real life. And fresh real things, even those with dirt on them, are better than anything man-made or packaged.

And there are few things that taste better than a fresh tart yet sweet orange that was grown locally. 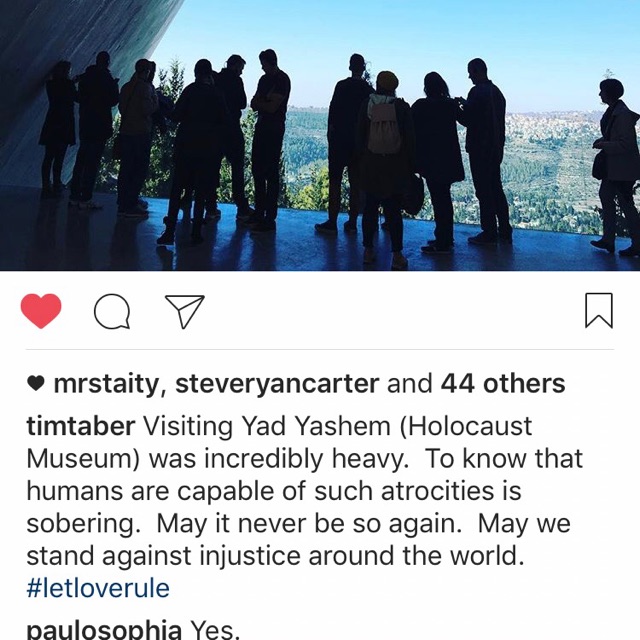 “May we stand against injustice around the world.”

Because his post makes me think again of the swastika on the mural at an elementary school in Newport Beach. A mural made by children, and someone puts up a sticker of a swastika.

I called the school twice to ask them to remove the sticker. I wrote about it a year ago here. Went by there a week ago. It was still there. 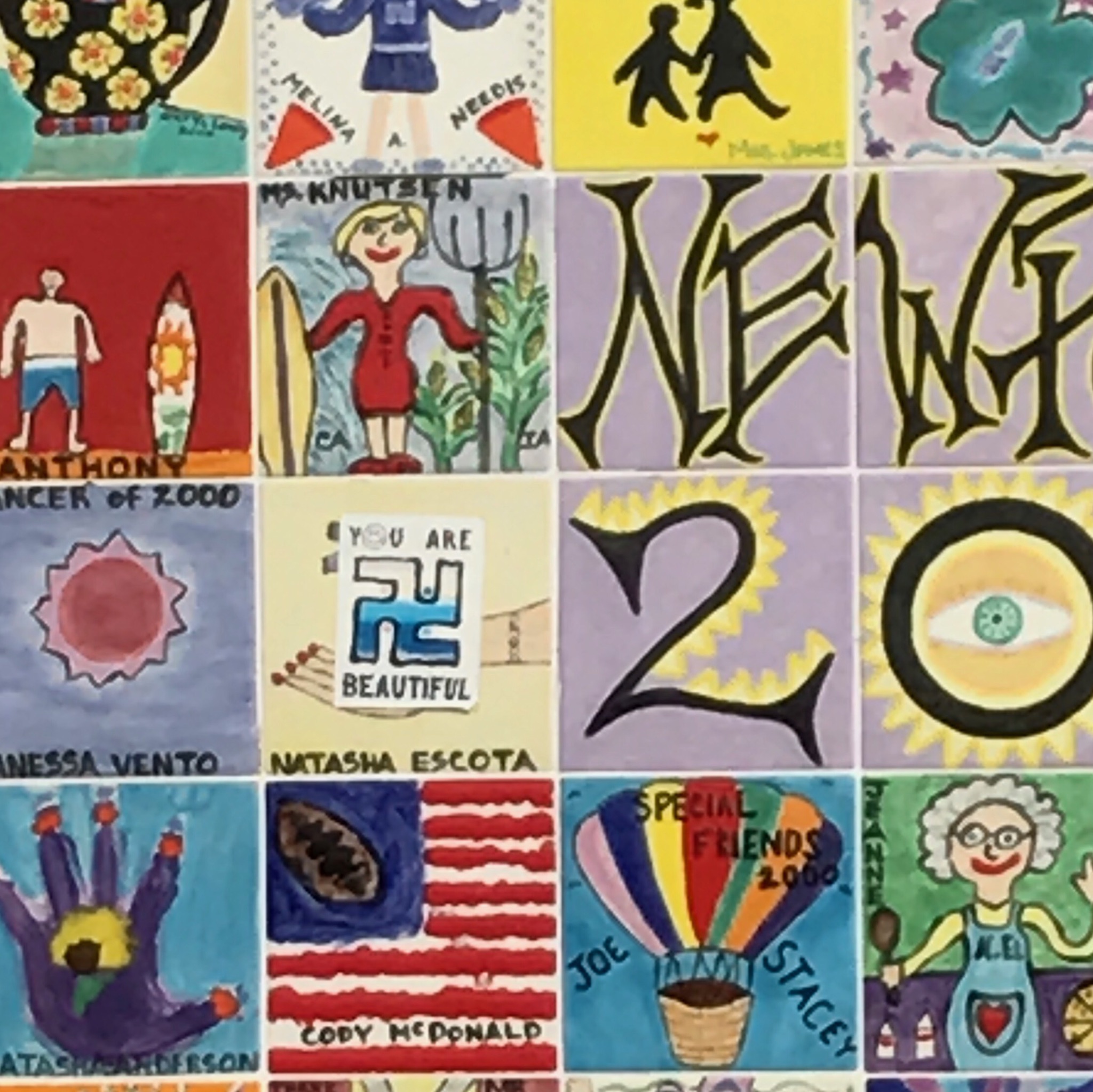 Some could argue that it has many meanings. In Germany it’s banned, as it should be here. Because in Mein Kampf, Hitler wrote about that symbol. He talked about it being the symbol for the struggle for victory of the white man, which can only be realized if it is anti-Semitic.

“All those nigger Jews.”

These were just a sliver of what a high school student at a prep school in Orange County wrote. My son’s school.

I called the Anti Defamation League to ask what I should do.

“We see this all the time. Orange County has one of the highest incident reports of hate speech in the country.”

I’m thinking right now about a quotation my friend Andrew sent me a few years ago. Via email. Well before Trump’s campaign. Before his bigoted comments, the comments many are wanting to sweep under the rug and forget.

My son got caught up in a group chat. And there was a ringleader. He was expelled for the comments, after an investigation.

Jokes about white people being the superior race is no joke.

The quote by Tony Judt that Andrew sent: “And even though I am Jewish and members of my own family had been killed in the death camps, I did not think it strange back then that the subject passed unmentioned. The silence seemed quite normal. How does one explain, in retrospect, this willingness to accept the unacceptable? Why does the abnormal come to seem so normal that we don’t even notice it? Probably for the depressingly simple reason that Tolstoy provides in Anna Karenina: ‘There are no conditions of life to which a man cannot get accustomed, especially if he sees them accepted by everyone around him.’“

People want to brush aside today’s white supremacist movement. The KKK. The rise of hate crimes against minorities and Muslims. Somehow when they read things like this — and you might be one of them reading this right now — something happens in their brain. It short circuits or something. Then they just think about something different. Or start thinking about the sins of Democrats.

But they really don’t see the rise in bigotry and hate crimes as a big problem.

Pastors in white Protestant churches won’t touch it from the pulpit. I say “white churches” because in black churches issues of civil rights are not hidden.

I’m going to try and change that.

Do my small part.

Muslims are the new group to hate.

I don’t believe in saying someone is “good at” something. I used to tell my kids this when they’d say that so and so is “good at” piano or soccer or is a good writer or singer or dancer.

Me: “People aren’t good at things.”

Me: “They are practiced at things.”

Me: “To be good at anything just means that  you are practiced at that thing.”

People aren’t born good at piano. Or ballet. Or academics.

It’s easier though to think people were born smart. Or gifted.

In virtually every case — 99.9% of the time — there is some competitive parent pulling strings behind the star quarterback or standout shortstop or 4.9 GPA kid.

I sometimes feel for the children of parents that push their kids too hard. I think it sends a message of conditional love. I feel for these kids because the goal of being a parent is to offer our children love without conditions. Then, only then, to create curious and creative children who are responsible. To guide them into excellence; not to make our acceptance of them conditional on their excellence.

Making them “the best” is not always best.

I think every competitive tiger parent needs to read Madeline Levine’s The Price of Privilege.

All the sins against children because parents see their achievements as status symbols.

Why do I care about that issue so deeply? I know some parents are probably pissed at me for saying this, but I told you I would write what I think.

Laurence of Arabia. My favorite film. Epic. Blonde English Lawrence became one of them. One of the Arabs. It’s one thing to have pity on an oppressed people group. Make a trip. Send money. Those are good things.

It’s another thing to become part of them. Like Mother Teresa did. Robert Coles did this in his study of children. Moved to the deep south. Got on the floor of the school bus. On the ground. At their level. Colored with them. Not in some lab. With them.

I’m in some posh coffee house in Newport Beach. A bunch of businessmen sitting around me. Talking about marketing their widgets. Intense. Nothing wrong with that either. Why should they care about those being oppressed?

Why does Kanye West talk, or rap, about himself in the third person?

Every Friday, I set my timer on my iPhone for 15 minutes. Then I start writing. I don’t stop. I write whatever pops into my mind. After 15 minutes, I go back and quickly correct all the blatant typos. Then I publish it on Paulosophia.
I started “freewriting” in the early 1990’s because I had read this short article called “Freewriting.” I was a horrible writer back then, with the most severe writers’ block. The article said you have to write WITHOUT STOPPING. For a fixed period of time. Even if you have to write the same word over and over again. Over time, you get better, and more confident.

« My “I Decided To Starve Myself” Diet.» Getting Older And Why I’m Not Playing It Safe.