Republicans and Democrats, as a sort of spiritual discipline, need to wake up every morning. Say one nice thing about someone of the opposite party. Praise the other party.

“I will say, the Obamas have had no moral scandals in 8 years and that says something about them.

“Even though I think she’s Satan, she is a good debater.”

“Okay, it’s admirable that she came from a middle-class home and worked so hard in college, getting into Yale Law School.”

“Hillary Clinton was part of the team that got Bin Laden.”

“I will say, Chelsea really does seems like a responsible person”

“Mike Pence did give a very gentle case for why he’s against abortion, even though I disagree with him.”

“Say what you want, but Mitt Romney seems like a solid family man.”

“John McCain has been amazing at bipartisan outreach.”

Some people might be getting tired of my recent bromance with Chance The Rapper.

And he said, “The people’s chant must be everything the people can’t be. I’m getting artsy fartsy.”

I won’t write about that right now. I will first write about rap. I never considered it rap music. It was not music. I scorned it. Mocked it. The roots rock scorner I was. Until Edison said, “Dad, please just listen to Chance The Rapper.”

All those books I read on raising teenagers. You’ve gotta try and find common ground. You can’t expect them to like what you like. So if they express interest in something, and INVITE you to check out, you do it.

I did it. I downloaded Chance. First time I gave rap a chance.

There is this guy called Chris Tomlin. He’s a big Christian artist. He wrote this song called How Great Is Our God.

“Dad, he even did a Christian song on the album, that How Great Is Our God song.” 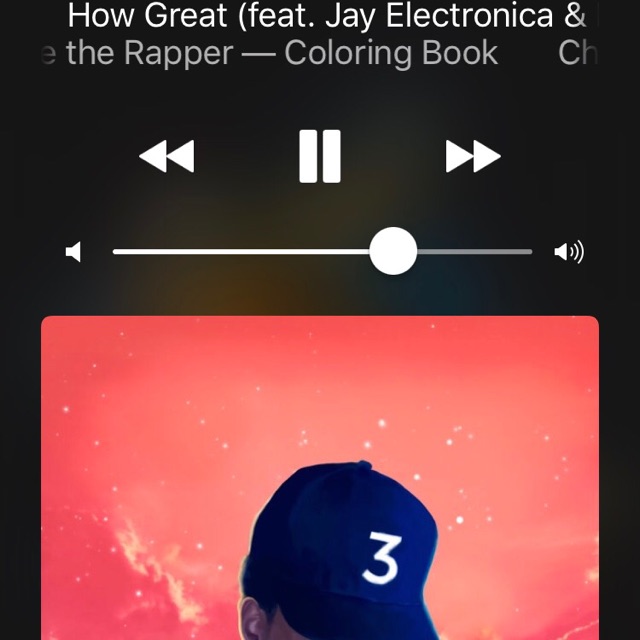 So about a year ago, I listened to Chance The Rapper on my iPhone. Juxtaposed against a few Christian songs are his use of “Fuck” and “Nigger” and “We don’t do the same drugs no more” and “Smoke a bowl.”

Upset. It upset me. It’s upsetting right this second as I’m listening.

“Upset” isn’t always negative. It just means to up set.

I was woken by Chance. Because for me, in music or film, I need meaning. In order for me to be all in, it needs to up-set me.

Schindler’s List. Upsetting. But it made me want to go change the world. I went out and tried.

Happiness Is A Warm Gun. Helter Skelter. Upset me when I was a teenager.

Being upset sometimes makes you want to go change the world.

Still trying to get my head around how Chance can pull this off. Maybe he can’t.

Decades ago. Tony Campolo. Something like “While you were asleep last night thousands of kids died of starvation and most of you don’t give a shit. What’s worst is that you’re more upset that I said ‘shit’ than the fact that they died.”

Before I was a writer, I could not care less about the lyrics of rap. I was only focused on the lack of melody. How could music have singing without melody? I wrote rap off. No pun intended.

But, my God, these lyrics. The meter! Puns.

I like almost nothing more than puns. Words are toys. My favorite toys.

That time a friend got out of a cab in Oxford, England. Stepped onto the cobblestone sidewalk. Heel got stuck in crack. Fell off. She stumbles. Picks up healless broken shoe, laughing. Within a second or two. British guy on sidewalk. “I guess that what the American singer meant when he said ‘You picked a fine time to leave me Lucille.'” Warp speed wittiness. I fell down in worship.

But if you think words don’t’ matter, go call a loved one “fat.”

That man from church. Years ago. He was in his late 70’s. A gentle and lovely soul of a man. Told me he stammered when he was a child. Parents would hear him playing on the street with his friends. Would hear him stammering. Would go out and laugh at him. Call him a “girl.” Told him, “If you don’t stop we are going to buy you a dress.”

He’s still recovering from those deeds that were “only words.”

Forgot to say why I didn’t vote for Obama.

« Dylan Gets Nobel Because He Gets It.» I Didn’t Want To