Friday Freewriting: What We Want, Don’t Want, And My Failure At Humor.

Thinking about Edison. Missing your children. Parents with children at home. They don’t miss them. It’s the opposite. They need a break. They get a night out with friends—feels like a vacation.

The little blond boy running in circles. Just right there. Right outside this window. The one with the “Champ” shirt. He could barely walk. It’s one of those walks that’s basically a run because he’s catching himself. Barely. He’s the one with his proud mommy, showcasing him with the half dozen spectators.

Wonder if she could use a break. Bet she could. Because I remember.

Early mornings. It’s dark outside. Read. Something on PBS kids. No iPad back in those days. Wonder what my screen policy would today be if I had a two-year-old.

And all these parents chasing toddlers who have no breaks, but want them.

I’m not sure we always even know what we want. And “to want” is the weirdest verb, anyway. Think about it. Sometimes we say things like “I thought I wanted x but I really didn’t, deep down.” (Oh, “x” is something we use in philosophy. You can substitute x for anything: A person, a career, a new car, etc.)

So I once thought I wanted a break from my children. Especially at 5 am. But then many years later, I got a break. And, then, another. They are both away at college as you probably have heard.

I got what I wanted. Did I really want that? Be careful what you wish for. Not sure I wished for it. I wanted it. Or, thought I wanted it.

Are wishes and wants the same kind of things?

Sometimes we want something and we are not really aware of that we want it. So later we even say those exact words: “I realized I really wanted x, deep down, but I just hadn’t realized it.”

Yoga was like that for me. Never had a clue that Bikram would dramatically change my life in ways church could not. Not bashing church. Just saying Bikram did things that church never could do.

I think we all want what we don’t have. At least to some degree.

Deep down. Do we ever know what we really want, “deep down”?

Philosophers like Kant, I’ve heard, didn’t think so—there was this idea of a veil over what’s deep down in us, blocking us from knowing our motivations. We don’t really have access to what even motivates us.

Deep down, I think we all just want to know everything’s going to be okay.

A “Champ” t-shirt. White with navy blue sleeves. Navy blue is my favorite color. I can never understand people whose favorite color is black. I’m not even sure if black is a color. I like black. A lot. On the right occasions. But I like the whole array of colors. Blues mostly. When I was a kid, “powder blue” was a popular color. Dad bought mom a powder blue car. Don’t even remember the model, but think it was a Chevrolet.

Before that she had a lime green 1965 Mustang. But lime green is lighter than the color of a lime. I remember she ran over our cat with the limish green Mustang.

I wonder who will win the election.

I wonder when there will be another terrorist attack in the USA.

I wonder why nobody knows that a main pillar of Mohammed’s ministry was social justice for the poor and outcasts, and rights for women.

I won’t stop writing even though I don’t know what to say. I’m not saying anything, however. I’m writing. Freewriting is only freewriting if you never stop.

It seems I always want, again, want, to write on “heavy” things. Welcome to my world. Maybe I need to brush up on my humor. That’s what I’m going to do. I’m going to try and be more humorous in my writing.

That’s what we all need. We need to laugh more.

So here it goes…

Here are questions I ask myself, often.

First, I ask myself if everyone is self-conscious. (Okay, I was making an attempt at humor, and the first thing that came off my fingers was a serious question. So let’s postpone the new and improved funny Paul for just a minute.)

I’m self-conscious. But only with people who I want to impress. Are you that way? I’m never self-conscious with that gardener. Or the teenager that works at In-N-Out.

I’m going to write in an intellectual tone for a minute before I think of a way to be funny.

In spite of proclivities, which naturally manifest, one conversant with one’s self—her unique capacity for second-order desires, namely, the unique ability to think about her own thoughts, feelings, moods—concludes that libertarian free will remains a cornerstone attribute of the human person.

Better… I think we all have choices. Free will. We are not determined robots. We can vote. Exercise. Learn. We can choose to improve our lives. Make it a better day. Be lazy. Not be lazy.

Write have a good weekend.

Can we choose to not miss those for whom we thought we needed a break? 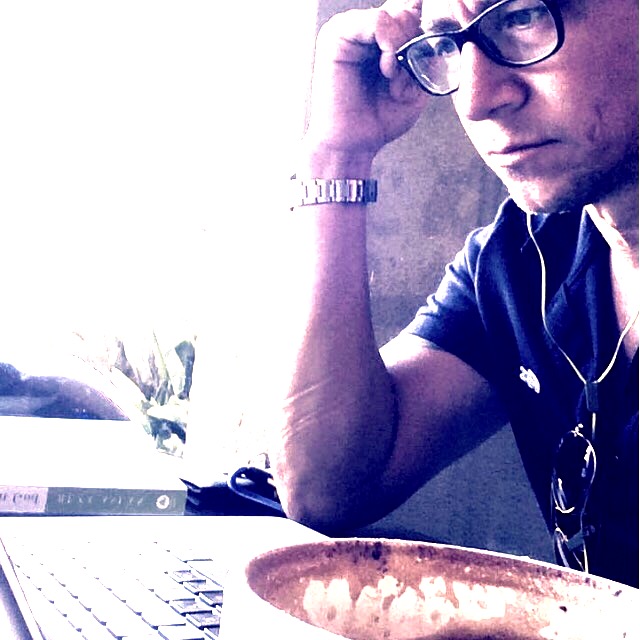 « A Big Silence Coming To A Church Near You.» Meaningless Means “Without Meaning.” Right?