Friday Freewriting Of Everything That Came To Mind. (Almost)

September 16, 2016 By paulosophia in Uncategorized Tags: my life

Warts and all — about 10-minute freewriting exercise from earlier this morning at Kéan. Laying it all out there. The kind of freewriting where you can’t stop typing. Happy Friday! 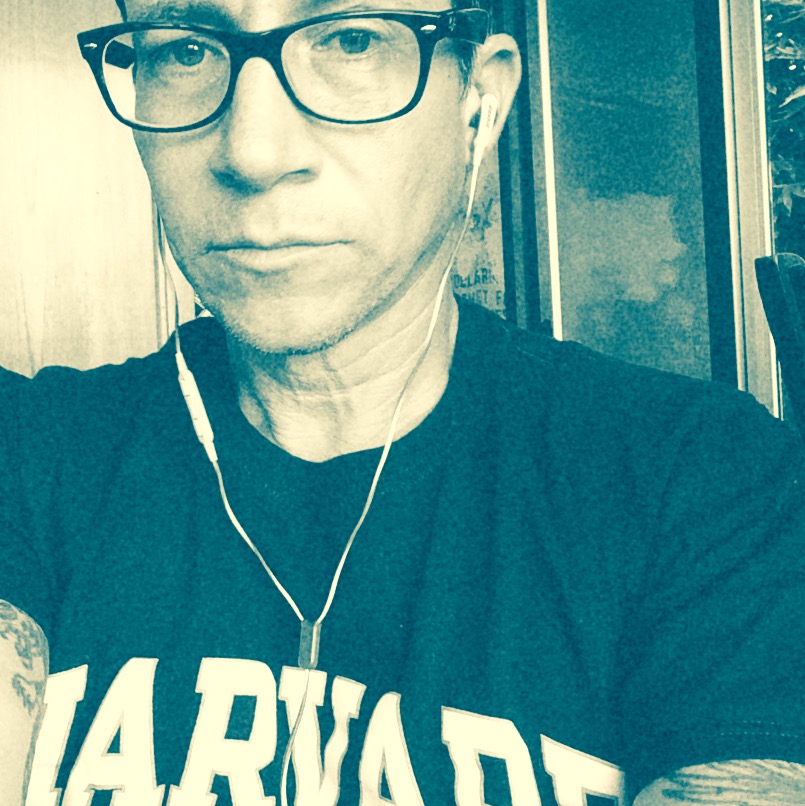 Listening to Chance The Rapper. Don’t listen to him often. Glad Edison worked hard that day to expand my new year’s resolution to familiarize myself more with popular culture. More than Springsteen and Dylan. I almost wrote Chance The Wrapper. Rapper vs. Wrapper. Wonder if he wraps well before Xmas. Wraps well, before Christmas versus Wraps well before Christmas. The power of a comma. Or, “the holiday season.”

(For Protestant friends only. All these pastors buring out? Saw some post today about that. pastors. So hard. Gotta quit. The steelworkers and mechnics and pickers and miners. They get to quit from being “burned out?” They get sabbaticals? From all the grueling work of pastoring? Put a shovel in their hand. I get that being a pastor is a kind of hard work. I was one once. I like that sentence. Four straight single syllable words. Once I was one. One I once was. Was I one once? Yes, I was. Didn’t burn me out. Selling asphalt was harder)

These lyrics. “One of my niggers don’t have no church.” Why is that okay? Blacks can say niggers. I’m ignorant. Don’t understand. Why could they? Should they? I don’t like the word.

There is no momentum right now. All these people. Few locals today. The guy walks in with the UCLA shirt. I like that. I’m wearing Harvard and people look at me differently for it. I think think they think “he’s the Harvard guy.” I ain’t no Harvard guy. The shirt was a gift from Gina. Except that one class. Parents don’t want their children to leran anymore, they just want status symbols. Deflect. Can’t think of what next…

Trump does this because he thinks it helps him. Because millions don’t like the idea of black or women presidents. He wasn’t born here. She is weak. He’s driving a wedge in this country. All he had to say is I made a mistake on the birth issue. I was wrong. Hillary did that with the emails. All he has to say is I regret it. Why is that so hard? But this is not about emails. It’s a slanderous accusation against our nation’s first black president. It’s saying, “you are not legitimate.” He made many of his comments afterrrr the long birth certificate was released. Asshole.

All those jeans they wear. Ripped ones. Pay extra for rips. Nothing wrong with rips. People are all ripped. Proves perfect ain’t no better. Except with cars. Don’t sell designer cars with dents and scratches and all that. Why? Perfect ain’t no better. And why double negatives? Don’t know. Do you know what a double negative is? I DON’T got NO food. Two negatives. And two negatives makes a positive. Right?  Just like math. Logic. Math is numbers. Logic is words. But it’s the same. Just like math. -2 + -2 = 4. So the thing is “if I do not have no food,” I have food. Becasue…I do NOT HAVE…no food.

Chance: We don’t do the same drugs no more. LOVE PINK LOVE PINK LOVE PINK on the back of her sweatshirt. Wonder if Pink is cool. Wonder if that brand is cool? If it is, she’s in, hip, trendy, with it, approved. But not by me. Because I don’t know if Pink is any of those. Could be a 90’s brand. Could be a Sears brand. Mom made me wear Toughskins when I was a kid. Greg Lamph had Levi’s and Puma’s. Thrid grade. Greg died of heart failure.

The bald guy wearing Adidas Stan Smith tennis shoe. No, shoes with an s. Literally, tennis shoes. Not “trainers” as they say in England. I know Stan Smiths. Were my first brand shoe when I was around 14. Wore them home when I finally begged mom hard enough to cough up the $25. Always wore the new shoes out of the store. Couldn’t wait. Now Stan is back. And I want some. But won’t get any. Have too many trainers. Have too many everything. Hate stuff. Old pair of green Adidas. A pair a maroon suede Vans. Two New Balance 992’s. They are for running. Grey pair. Black Pair. Two newer pairs of Aciscs. Not sure if that’s how you spell Aciscs or Asics or a-six. One fluorescent. A trendy pair of New Balance. The one’s the sell at J Crew. There shouldn’t have been an apostrophe after that e. Not possessive.

Sometimes my fingers just do that—they just type things automatically. This is because of muscle memory, I’ve heard. But I don’t really think our muscles have memories. Our brain is where the memory hangs out. Why do they call it “muscle memory,” then? Every time I type “Europe” my fingers automatically type “Europa.” Every time exceptin that last sentence. Because I tried very hard to type an e after the p. Why “Europa” instead of “Europe”? Because we owned a house on Europa Drive for 10 years. Before, well I won’t go into that.
But I don’t live there no more. Something about “I don’t live there no more” which is so much better than “That is no longer the street where I once resided.”

People want to make language too fancy. I like clarity. And I’m so aware of my lack of clarity. But INTP’s are into clarity. Bree told me lots of other types don’t care that much about words and clarity. Lucky them. I spend my entire day investigating every locution I here, looking for grammatical or logical incontinency. Yes I wrote “here” instead of “hear” intentionally to see if you noticed. Did you?

God is better than the world’s best thing.

Nobody laments. Nobody laments anymore. In yoga yesterday. Rough day. Rough practice. Stifling heat. Heart pounding. Legs burning during triangle. Thought about the five stages of grief during savasana. Nobody really wants to talk about grief. Kubler-Ross. The u is supposed to have one of those German sideways colons on top. Five stages: Denial. Anger. Bargaining. Depression. Acceptance. Not matter the trauma, we bounce between those stages. Breakup. Death. Layoff. Assault. Physical or verbal. Natural disaster. Happens to young and old. Male or female. It’s happened to me.

The feeling a black man must get when an aspiring politician spends years lying about your citizenship. For what reason? Why? Did anyone use this political technique against Romney? Or Kerry? Or McCain? Or Bush? Or Bush? Or Clinton? Or Kennedy? No, used the Catholic one against him instead. What kind of madness. And the deplorables keep sweeping this racism under the rug. You think DT’s just going to come out and say “I don’t like blacks and Mexicans and Muslims?” You think that? His son dropped the gas chamber metaphor yesterday. The Anti-Defamation is going ballistic. As they should. I salute the ADL for amazing work Including their work combating Islamaphobia. Insult the female African American pastor, too. Then say you aren’t going to say our president is a US Citizen. Then release a statement an hour later blaming Hillary Clinton. Huh? Change subject.

I’m grieving that hate and ongoing bigotry in this campaign against women and minorities.

And then Chance just said… Electrify the enemy like Hedwig till he petrified, any petty Peter Petigrew could get the pesticide, 79th, 79th, I don’t believe in science I believe in signs, Color white collar crime, God God, the gift of freedom.

« What I’m Now Doing To Change The World» Why I Almost Never Launched This Blog, Fear, Courage, And My “In The Meantime” Theory.