Here’s to a great weekend!

1. Winning isn’t the only thing, but sometimes you need to know how to win an argument with your teenager.

Teenagers need their parents just as much as ever, just in different ways: they need them not to be intrusive or controlling. Strike when the iron is cold – don’t discuss important issues when you’re both really angry. If you feel rejected by your teen, you may need to do some work on yourself.

2. Oh, your every day 10-year old girl that petitions magazines to feature all type of women. You go, girl!

Then, she took her daughter to the bookstore, where they noticed a magazine rack filled with covers flaunting emaciated women. She continued the dialogue, explaining to her that women’s bodies are worth so much more than selling things.“That’s why this feels bad to you,” she told her. “Because this is a lie. There’s nothing wrong with you baby. There’s something wrong with THIS.”Shortly after they returned home, her daughter blew her away when she presented her with this petition, which is absolutely everything. 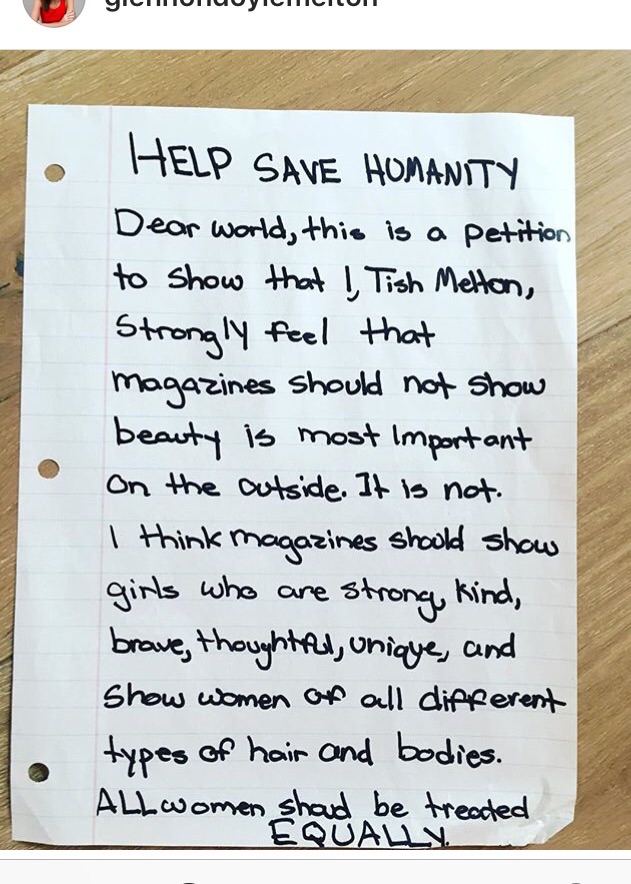 3. New research show that monogamy is not “natural” for humans beings.

Now the question is, if we carry the evolutionary imprint of polygamy, why does modern society, especially in the Western world, advocate monogamy, which goes against our animalistic predilection for multiple sexual partners? Not all animals are sexually indiscriminate, by the way. Although rare, a few species do mate for life and will even reject new alliances after the death of their original partners.

4. Hey women, want to live longer? Then go to church.

The researchers found that women who went to church more than once a week had a 33% lower risk of dying during the study period compared with those who said they never went. Less-frequent attendance was also associated with a lower risk of death, as women who attended once a week or less than weekly had 26% and 13% lower risk of death, respectively.
.
5. Summer’s around the corner and a new study says many pools overwhelming fail health checks. Isn’t that special?
.
According to the CDC, illness outbreaks related to swimming pools and hot tubs have increased significantly in recent years. Most of these were caused by Cryptosporidium, a parasite that can survive in pools even at CDC-recommended chlorine levels.
« Unedited Thoughts On The Transgender Bathroom Issue» Freewriting On Bree And Edison Growing Up This Week