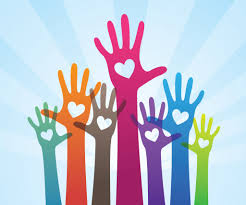 What in the heck is up with all the sexual orientations these days? Are new ones being invented? Or, have they always been there and we had no name for them?

Because for most of my life, homosexual women were called lesbians and homosexual men, gay.

And everyone would use the words lesbian or gay or homosexual to describe them.

Back in the day there were bisexuals and transgenders, too. But I don’t remember hearing many people making too big of a deal about them.

Things aren’t so simple these days.

At some point, someone decided to put non-heterosexual people into one kind of grouping.

And to avoid the cumbersome 11 syllables of Les-bi-an-Gay-Bi-sex-u-al-Trans-gen-der, someone opted for the inclusive, and now popular, LGBT acronym.

Somebody, one lacking sensitivity I presume, left out the queers.

Instead of the austere LGBT, we are now seeing LGBTQ.

I’m curious about all this. And, as you will likely see, I am largely ignorant of the proper way to refer to all these different types of people. Before I go on, I must make something clear: I believe any form of discrimination against anyone — whether it be because of race, gender, ethnicity, sexual orientation, gender, whatever — directly or indirectly, is disgusting.

This post is about just one thing: my honest confusion with all these letters.

My big question is, how could those committed to the virtues of tolerance and inclusiveness ever be fair enough, or inclusive enough?

It seems clear that the most concerted efforts toward inclusiveness won’t work.

There will always be some minority group that will feel left out.

I know this because I’ve now spent hours researching the evolution of terms. And not too long ago, I overheard a few friends, University of California senior employees, talking about what’s happening on many university campuses across the country.

There’s all this student turmoil surrounding proposed new bathrooms. As I understand the controversy, and I might have this wrong but I think that student activists, in a vision to ensure fairness and inclusivity, don’t want any sexual (or gender) identities excluded.

I honestly can’t remember who was offended at whom. But the gays or lesbians or bisexuals or transgenders or queers were upset because they didn’t have a bathroom that represented their group.

Some also seem upset that they don’t have a letter.

I wanted to learn more about the controversy. So I went online and found a University of California “LGBT Resource Center” website.

I read the Sexual Orientation page.

At the top of the page was the question, “What is LGBTQQIA”?

I read a bit more. I learned that a second letter Q was added to include those, presumably, who have questions. And the letter I for those inclined toward something called intersex. And the letter A was for the allies.

I majored in philosophy from UCLA. So I went to my alma mater for answers because, well, because it felt like as safe a place as any to learn more.

I found a paper published by one of UCLA’s sexual orientation societies or clubs.

There was a section called LGBTQI Terminology.

I thought, “I know that UCLA has been a bastion of progressive values. For decades. Why would they choose to exclude the questioners and the allies this way?”

I skimmed 11 pages of sexual or sexuality definitions. Kind of like a dictionary. Here are a few.

Male Lesbian is a male-bodied person who identifies as a lesbian.

Stem is a person whose gender falls somewhere between a Femme and a Stud.

Stud is an African American or Latina masculine lesbian.

Berdache is a generic term used to refer to a third gender person (woman-living-man).

I consider myself a pretty smart guy. But I became even more confused. And the berdache person definition makes no sense at all.

I dug deeper. I searched the internet and found a website called “Social Justice For All.” It looked legit and the mission seemed devoted to clearing these kinds of things up.

There was a new acronym: LGBTQQIP2SAA.

Here was the idea:

P for Pansexual: people who refuse to be pinned down on the Kinsey scale.

2S for Two-Spirit: a tradition in many First Nations that considers sexual minorities to have both male and female spirits.

A for Asexual: people who do not identify with any orientation.

And then I think, “Pinned down on Kinsey scale two-spirit Two Nations community thriving, what?”

I return to UCLA’s 11 pages of terms for cross reference and just about have a headache.

Then I find cisgender.

Cisgender: Describes someone who feels comfortable with the gender identity and gender expressions expectations assigned to them based on their physical sex.

I’m glad that instead of the boring “I’m heterosexual” I can now say “I’m cisgender,” if I ever need to.

I think all these letters are overkill.

Because someone is always going to get his or her feelings hurt.

No matter how hard you they, someone will always feel left out.

« Call Me Cheesy, Sentimental, Or A Fool, but…» Up For Debate: Talking Politics With Kristen Howerton (Episode 7)