I Haven’t Backslidden As Far As I Know

I haven’t backslidden. As far as I know, anyway. But I skipped church last Sunday. That made it 8 weeks in row—the longest church vacation in my entire life. 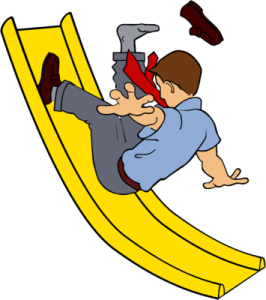 I’m now wondering if I’m now considered “un-churched.” If you haven’t heard that word before, pastors and religious sociologists use it to describe people like me, people who don’t regularly attend church.

I’m now wondering at what exact point one qualifies for being un-churched: after missing three Sundays, or five, or 8, or 52?

I’m now wondering who makes the un-churched determination. Pastors? Sociologists? Is there a committee?

I’m now wondering—if I attended church this Sunday, and the next, but then skipped 8 more Sundays—would I be taken out of the un-churched category for the next two weeks?

I’m now wondering why some people think that taking a walk alone on the beach is church. Or, having coffee with a friend at Starbucks. What a big huge pile of nonsense. A nature walk on the beach, no matter how spiritual you might be feeling, is not church; it’s a walk on the beach. Calling a coffee at Starbucks “church” would be like Nadal and Federer doing the same, and calling it a tennis match.

Even though I haven’t been to church in two months, I still pray. Usually at least once a day. I pray especially for my mom and my three children. Yesterday I listened to the Book of Psalms on the way to work. But that wasn’t church; it was a commute.

I wonder a lot about “high” church like the Roman Catholic and Anglican liturgies. I wonder about how remarkably irrelevant they are, from a cultural perspective. The robes. The incense. The aged music. Prayers of antiquity. Sermons that typically drone on and on, and are typically deep, and typically invite mystery, and typically are delivered in monotone style. The austerity of wooden pews, natural lighting.

And I wonder about the “low” non-denominational Protestant services. I wonder about how remarkably relevant they are, from a cultural perspective. The peppy sermons with lots of cute jokes. The skinny jeans. The theatrical lighting. All the large screens with videos and lyrics and photos and text-to-give and numbers to tell you your kid’s crying. And the blaring sounds of the worship band, the band with Fender Guitars and drum kits and female background singers . I wonder where all the old people have gone. I wonder why the services aren’t culturally relevant to that generation.

I wonder if I’m just getting older.

I wonder if I’m getting more cranky in my old age.

I wonder why the Catholics preach shorter sermons.

I wonder why I feel peace at the Catholic services—that’s it. I just feel more peace.

For the first 15 years of my life, I attended Mass virtually every Sunday.

Having taken this break, I wonder if I should resume that practice.