Ever wonder why certain people of this country aren’t talking about this little thorny fact—that since September 11, “Islam-inspired terror attacks ‘accounted for 50 fatalities over the past 13 and a half years.’ Meanwhile, ‘right-wing extremists averaged 337 attacks per year in the decade after 9/11, causing a total of 254 fatalities.'”

I suppose it’s just not a big deal when white right wingers, many self proclaimed Christians, murder. But if you’re skin is darker and you’re a Muslim, seal the borders. 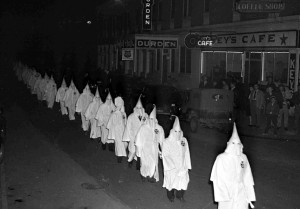 Read about it HERE: