Trump Supporters, You’re No Brothers Of Mine

The good news is that Donald Trump will never become President of the United States. Of course, he could never win in a general election. He understands numbers, and they don’t add up. His sexist comments have alienated women voters, 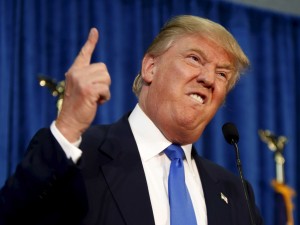 Politicians from Speaker of the House Paul Ryan to conservative journalist Jeffrey Goldberg are coming out in unity to criticize Trump and those who support his religious bigotry against Muslims.

Heck, even neoconservatives like Dick Cheney are speaking out against the absurdity of Trump’s “solution” to terrorism by radical Islamists: “Well I think this whole notion that somehow we need to say no more Muslims and just ban a whole religion goes against everything we stand for and believe in. I mean religious freedom’s been a very important part of our, our history.”

But what should enrage anyone with a pulse is how Trump’s hate appeals to a relatively small section of the American electorate: mostly white, mostly male, mostly uneducated, and largely self-proclaimed Christians.

The Trump supporters could claim to be Christ followers all day long. Go to church. Read your Bibles. Say your prayers.

All the while, hate women, minorities, and Muslims.

Keep up your God talk, but you’re no brothers of mine.

« Our Terrorist President?» Not About The Islamic Faith.