Those Mexican Rapists And Muslim Murderers?

“I’m never flying in an airplane because they sometimes crash.” That’s a phobia–a fear based on something entirely irrational.

For those that don’t know what xeno-phobia means, it’s a paranoia not with spiders nor airplanes, but foreign ideas. And people of foreign origin. 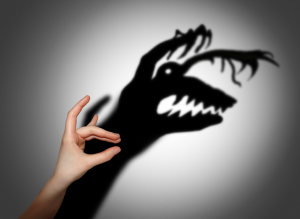 In the case of Donald Trump, Muslims and Mexicans, those kinds of foreigners. They are the terrorists and rapists and drug dealers.

Small minds lap it up.

FIFTY OUT OF ONE HUNDRED AND FIFTY THOUSAND.

Trump doesn’t assure the country of this fact. As Jeb Bush said, it’s a candidacy of chaos. Chaos sells.

Instead, to keep us all “safe,” blame 1.7 billion Muslims.

Anyway, here are what a few powerful REPUBLICANS have said since Trump’s comment that we should ban all Muslims from entering the US.

Thank God these leaders spoke up. (If you are a Muslim, thank Allah they spoke up.)

“He’s a race-baiting, xenophobic, religious bigot. He doesn’t represent my party. He doesn’t represent the values that the men and women who wear the uniform are fighting for. You know how to make American great again? Tell Donald Trump to go to hell.” (Republican Senator Lindsey Graham and former Colonel United States Air Force)

“This is not conservatism.” (Republican Speaker Of The House Of Representatives Paul Ryan)

“I don’t agree… We need to aggressively take on radical Islamic terrorism but not at the expense of our American values.” (Republican Reince Priebus, Chairman of the Republican National Committee)

“This is both a shameless and a dangerous idea.” (Hilary Clinton)

“This whole notion that we can just say no more Muslims, just ban a whole religion, goes against everything we stand for and believe in.” (Dick Cheney)

I agree with Senator Graham.

« That Rat Race We All Run.» I Need To Start My Christmas Shopping