Keeping It Real: My Image

November 24, 2015 By paulosophia in Politics Tags: my life, politics

I can’t write anything even though I’m writing now. I’ve been trying for five days. I have writer’s block. I’ve started three posts. But I can’t finish 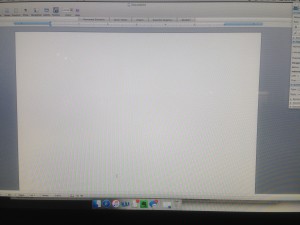 any of them. Each sounds horrible: gutless, bland, shallow. God forbid I sound shallow. Pull out my toenails first.

The first hard thing about writing is writing. Writer’s block—staring at the blank screen.

The second hard thing is the fear of making a fool of yourself. This is the main reason people don’t write.

Those who merely speak their thoughts choose the safe path. Spoken words go into the air. They vanish. And if someone tries to quote you later, you can always deny it. “That’s not what I said!”

When you write, you can’t deny anything. You’ve put yourself out there. Your self. It’s risky. People can see it, read it, tell your friends to read it. Then they will all talk about you. And tomorrow, it all starts over again. And, unlike speaking, you never know who you’re talking to. If you’re reading this right now I’ll probably never know about it.

When you speak, you can tailor your words for each audience. Because you usually know just what people want to hear. I do this. I can tell my pro-life friends that I’m against abortion and just leave it at that. I get their approval. Then I can tell my pro-choice friends that I don’t like the idea of abortion, but I think the choice ultimately should be left up to a woman. I get their approval.

But if I write on how I’m pro-life, I run the risk of offending my progressive friends. And I have many. And their approval is of tantamount importance.

Physical appearance isn’t that important to me. Because it’s a facade. Even though society puts it first, it means little.

But the whole business of who you truly are? On the inside?

To write is to put that out there—THE REAL YOU—for everyone to read, and to judge.

I still can’t write anything even though I’ve just written about why it’s hard to write.

« I Judged, Again.» Giving Thanks On Martin Street